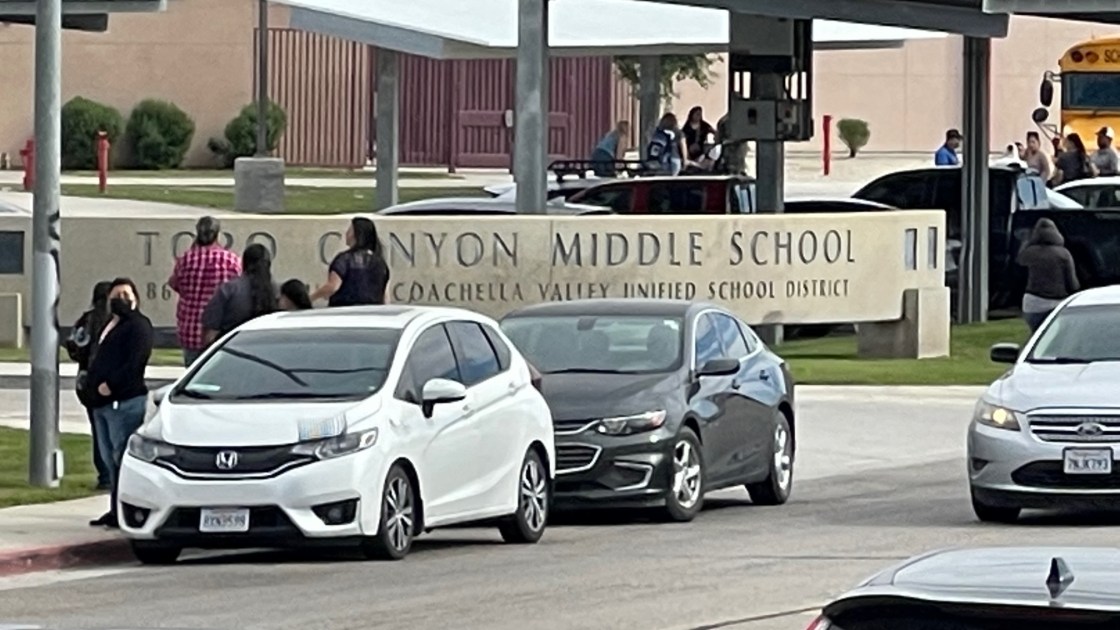 At 10:10 a.m., deputies responded to the area of Avenue 66 and Tyler Street on a report of a threat at Toro Canyon Middle School, Sgt. Brandi Swan of the Riverside County Sheriff’s Department told City News Service.

Sheriff Chad Bianco said a student was seen at a bus stop with a handgun Wednesday morning. He said sheriff’s deputies responded to the middle school campus, but that at some point in the morning the handgun was passed to another student.

“We went and retrieved that student and a backpack containing the handgun,” Bianco said. “Under closer examination of the backpack, there was an object that appeared to be in the likeness of a grenade, so out of abundance of caution for school staff and for our students that are here in school, the decision was made to evacuate the school.”

A 13-year-old and 14-year-old juvenile were detained at the scene, according to Bianco. No one was injured during the investigation and evacuations Wednesday.

“We will be determining the consequences of their behavior,” Coachella Valley Unified School District Superintendent Luis Valentino said.

The suspected grenade turned out to be a toy radio device, Bianco said.

CVUSD board member Jocelyn Vargas wrote on social media during the evacuation that parents should not be “alarmed.”

“We are following the directions of the sheriff’s department as a precaution,” she said. “There have been no incidents but we are following all measures to keep all students safe. The district is sending directions to parents on where they can pick up their students.”