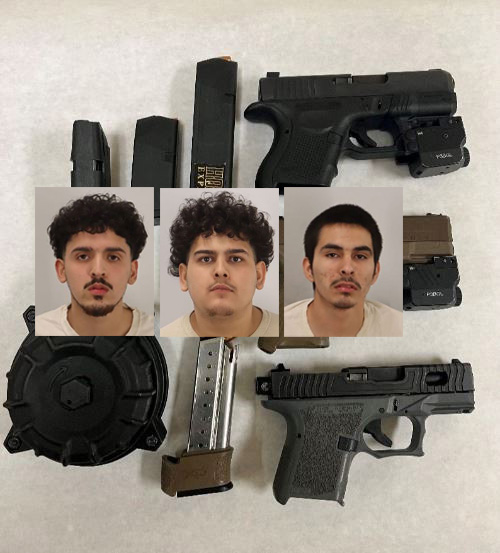 (CNS) – A Coachella man and two teens were released from jail Thursday after posting bail for alleged firearms charges.

Matos said that a male juvenile and documented street gang member was also arrested with the three on suspicion of possessing a non-serialized firearm, a loaded firearm, ammunition, high-capacity magazines and a California non-compliant firearm.

One firearm was illegally modified to be fully automatic and another was a non-serialized handgun, according to Matos. A non-serialized gun is more commonly known as a “ghost gun.”

The three suspects were booked into the John J. Benoit Detention Center in Indio, according to inmate records. They each posted $10,000 bail on Wednesday and were released from jail.

The male juvenile was booked into Juvenile Hall in Indio, Matos said. There was no other information available on him due to his age.

Anyone with information regarding this incident was asked to call Deputy Molina or Deputy Piscatella from the Thermal sheriff’s station at 760- 863-8990 or Crime Stoppers anonymously at 760-341-7867(STOP).