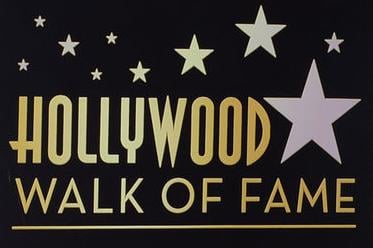 (CNS) – A star on the Hollywood Walk of Fame was unveiled Friday honoring Salt-N-Pepa for a career that has included receiving a Grammy Lifetime Achievement Award and having the best-selling album among female rap artists, “Very Necessary.”

Cheryl “Salt” James and Sandra “Pepa” Denton were joined at the ceremony adjacent to Amoeba Music by DJ Spinderella, who had been the group’s DJ before a much-publicized split; MC Lyte, the rapper, DJ, actress and entrepreneur; and rapper Roxanne Shante.

Salt-N-Pepa received their star two years later than planned. A planned 2020 ceremony was canceled because of the coronavirus pandemic.

Hollywood Walk of Fame producer Ana Martinez told City News Service she granted Salt-N-Pepa’s request that their star be near the star of their hip- hop favorite, Missy Elliott.

In accepting the star, James hailed all the female artists she said paved the way for their success in the music industry, and those who continue to struggle to find their way.

“Women who are overlooked and underestimated, just keep pushing it,” she said. “Keep the faith. Your setback is a setup for your comeback. … Keep your head up and keep on pushing it ladies.”

Denton said she is “rarely lost for words … but today I am.”

“I am so honored. I am so happy, because it’s over 37 years after that we are standing here,” she said.

DJ Spinderella also spoke at the ceremony with her former bandmates — with whom she had a public split in 2019 — and expressed her desire to repair their fractured relationship.

“It wasn’t just the music, it was our relationship, and that means everything to me so whatever we got to do to fix that, let’s get some unity back in this,” she said.

James and Denton met as students at Queensborough Community College in Bayside, Queens, where they created a diss track that became a local hit. Soon after Deidra “Spinderella” Roper joined the duo as their official DJ when she was 16. Spinderella is considered the most celebrated and iconic female DJ in hip-hop.

Salt-N-Pepa released their debut album “Hot, Cool & Vicious” in 1986 went platinum. It included the single, “Push It,” which brought them a best rap performance Grammy nomination.

The group released its second album, “A Salt with a Deadly Pepa,” in 1988, which went gold.

Their third album, 1990’s “Blacks’ Magic,” went platinum and included the single, “Let’s Talk About Sex,” which received a Grammy nomination for best rap performance by a duo or group.

“Very Necessary,” released in 1993, sold 3.2 million copies, went platinum five times, and brought the group its lone Grammy in competition, for best rap performance by a duo or group for “None Of Your Business.”

The album included a second Grammy nominee, “Whatta Man,” which featured En Vogue, and was nominated for best R&B performance by a duo or group with vocal.

Salt-N-Pepa’s single “Champagne” from the soundtrack for the 1996 action-comedy film, “Bulletproof,” brought them a Grammy nomination for best rap performance by a duo or group.

The Recording Academy announced in 2020 that Salt-N-Pepa would receive a Grammy Lifetime Achievement Award.