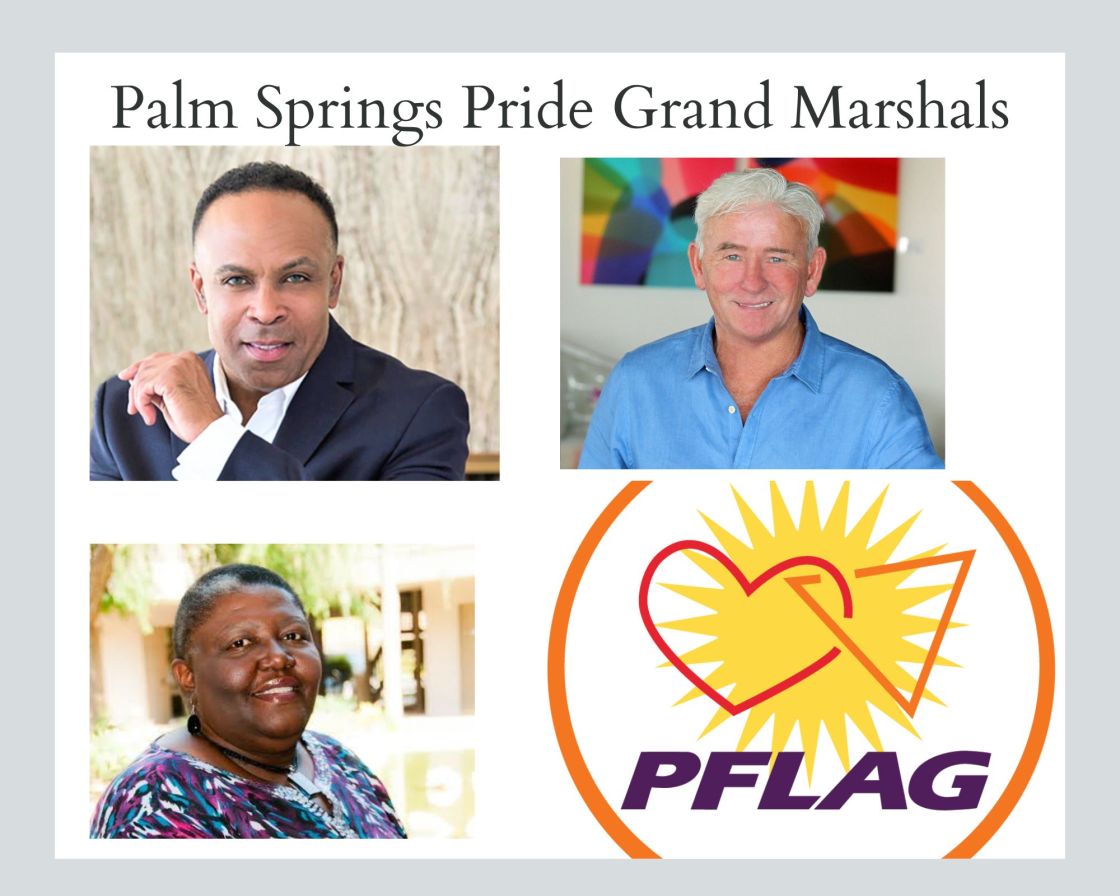 Benita Ramsey, Willie Rhine and Andre Carthen will serve as grand marshals for the “Say Gay-” themed parade on Nov. 6, according to Ron deHarte, president and CEO of Greater Palm Springs Pride. The fourth grand marshal is the organization PFLAG.

“The grand marshals stand out in their professions and are among the valley’s most active advocates for equality, diversity and living their life lifting others,” deHarte said.

Ramsey is an ordained minister and pastor at Unity Fellowship Church- IE and serves as a program support manager for the Inland Empire HIV Planning Council, as well as executive director of Rainbow Pride Youth Alliance, deHarte said.

Rhine has volunteered and donated to help HIV patients at the Desert Regional Medical Center, according to deHarte. He is also co-owner of 1501 Uptown Gastro Pub and the EIGHT4NINE Restaurant and Lounge in Palm Springs, which has helped raise money for charities.

Carthen worked on Broadway, television and in film and serves on the Nutrisystem Success Chef’s Council.

PFLAG, with hundreds of chapters and over 325,000 members, is the first and largest organization that supports, educates and advocates for LGBTQ+ individuals and their families, deHarte said.

The marshals will ride in the Pride Parade, which steps off at 10 a.m. Nov. 6 at North Palm Canyon Drive and East Tachevah Drive and head toward downtown.