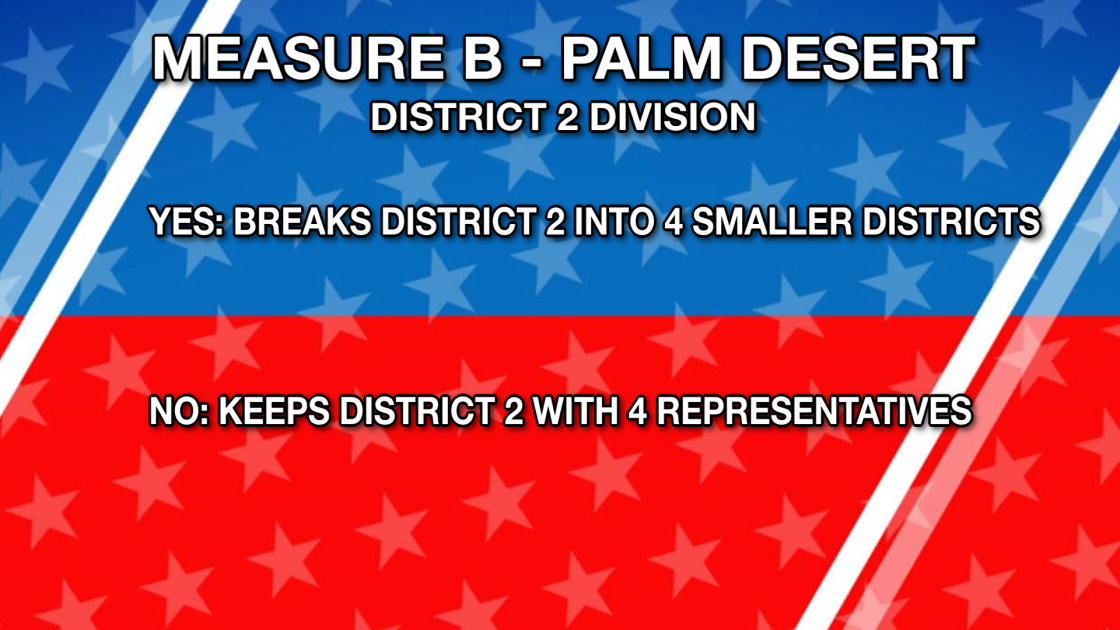 (CNS) – Palm Desert voters will decide Tuesday whether to change the way it selects the five members of the City Council.

Measure B on Tuesday’s ballot would expand the city’s two current districts into five by carving District 2 into four individual districts, from which members would be chosen.

District 1 Councilwoman Karina Quintanilla wrote an argument in favor of the measure, saying she believes it will help “districts elect leaders who represent the values of the community.”

But current District 2 Council members Kathleen Kelly and Gina Nestande along with Mayor Jan C. Harnik and Mayor Pro Tempore Sabby Jonathan wrote in a rebuttal that elected officials should be “accountable to everyone, not just a small pocket of people.”

They argued that maintaining the current system means the four District 2 members focus on the city as a whole, not just an individual slice of it. They said such a system has led to improvements in road maintenance, community programs, the CSU campus expansion and more.