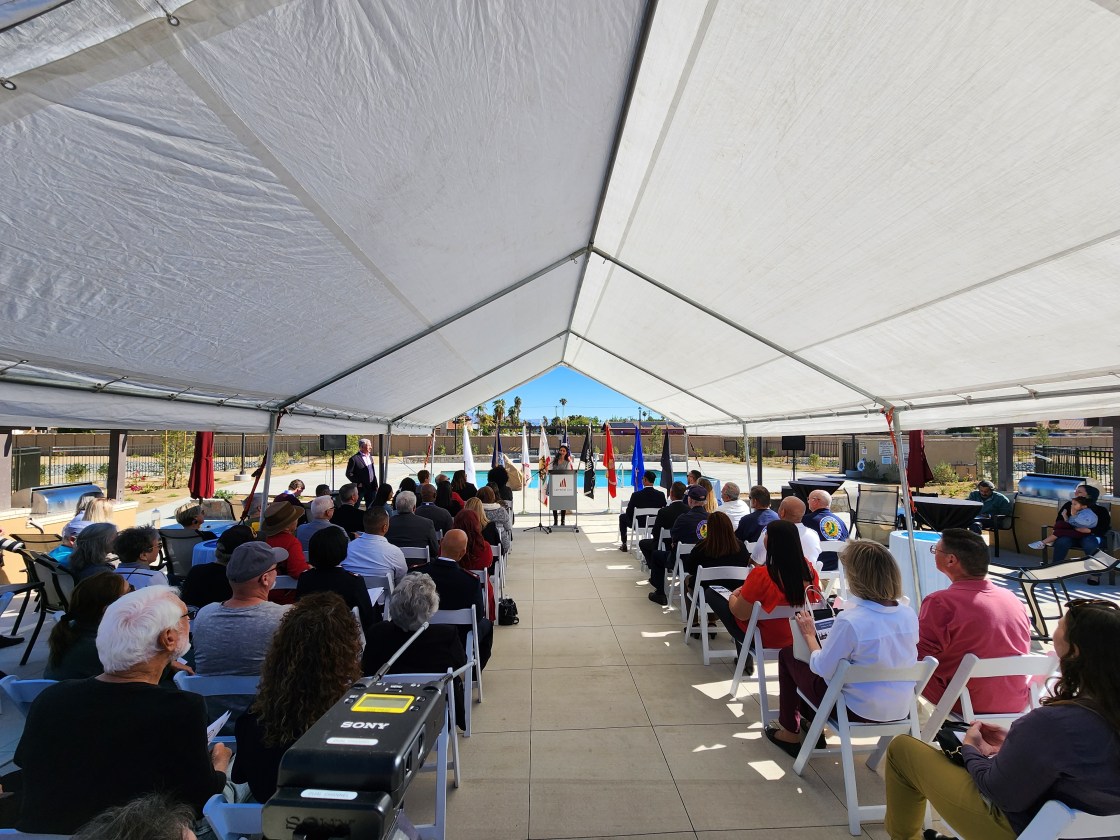 The grand opening ceremony was held at 10 a.m. Thursday in the new Veteran’s Village, at 30600 Landau Blvd., according to city officials. Stakeholders Mayor Ernesto Gutierrez, Riverside County Supervisor Manuel Perez, John Bigley of Urban Housing Communities and others spoke at the ceremony.

City officials said that the veteran’s housing development project launched from a conversation between Lori Zito of the Urban Housing Communities and former Mayor Gregory S. Pettis, who died in 2019. During their conversation, they came to the realization that homeless veterans in the Coachella Valley needed housing.

A groundbreaking ceremony for the Veteran’s Village project, was held in April 21, 2021.

On Thursday, Veteran’s Village was officially opened with 48 one- bedroom units and 12 two-bedroom units including amenities such as a community center, a swimming pool, a horseshoe court and bocce ball courts, city officials said.

Veterans will also have access to supportive services from organizations including Mental Health Systems, Loma Linda Veterans Administration, Riverside Continuum of Care and the Salvation Army, according to city officials.