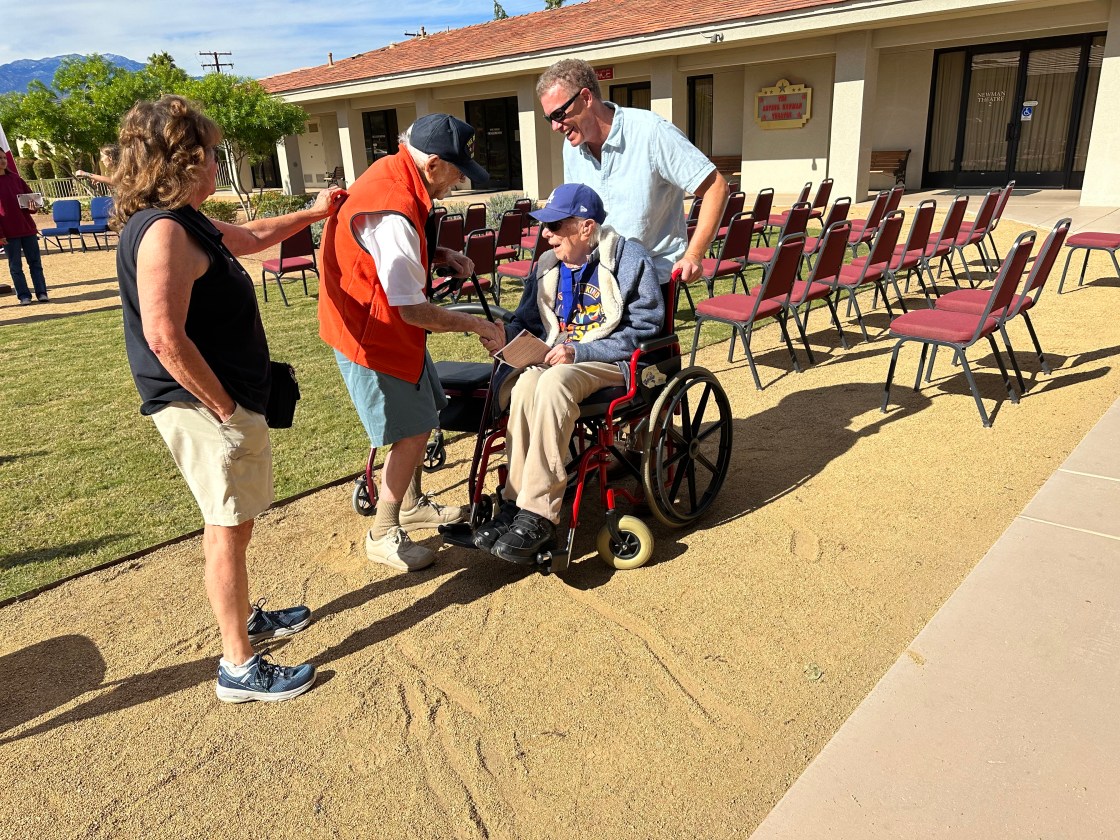 The Coachella valley is showing their support and gratitude for veterans, residents are celebrating across the nine cities, and beyond.

Not many people get the opportunity to meet not one, but two World War II veterans on the same day.

I spoke with 107-year-old John Curran and 102-year-old Robert Corey, about their experience serving the country.

“Life… I mean everything, our freedom.” says Master Sergeant John A. Curran who celebrated his 107th birthday at the Joslyn center.

Curran said he made wonderful memories while he served.

These days he enjoys playing bingo twice a week, and watching both the Los Angeles Dodgers and Kansas City Chiefs play.

He shares some advice for other veterans aspiring to live a long life like he has, “Behave yourself. Stay alive, no… just relax and I get great care with this guy… he takes good care of me.” speaking of his great nephew, JD Lewis.

“Well, it was an opportunity to preserve the way of life that America has.” Corey says about serving his country.

He says serving this country is an opportunity that can’t be found anywhere else.

“My first day in the army was the night the Japanese submarine service at Fort Stevens, Oregon had fired on Fort Stevens.”

One memory opening up another.

“I got married in September 1942. My wife was able to travel around the country. I was in the Coast Artillery first and then because of moving targets, they transferred me to the Transportation Corps. They made me a Stevedore officer…. I didn’t know a winch to the winch” he says comedically.

These days, Corey resides in Salem, Oregon where he particularly enjoys reading his emails, and indulging in lots of chocolate ice cream.

“I’m very grateful to share it with my friends, I thank you for coming by.”

These are just two out of the many veterans we are honored today, but of course we thank all those who served both here in the valley as well as across the nation.