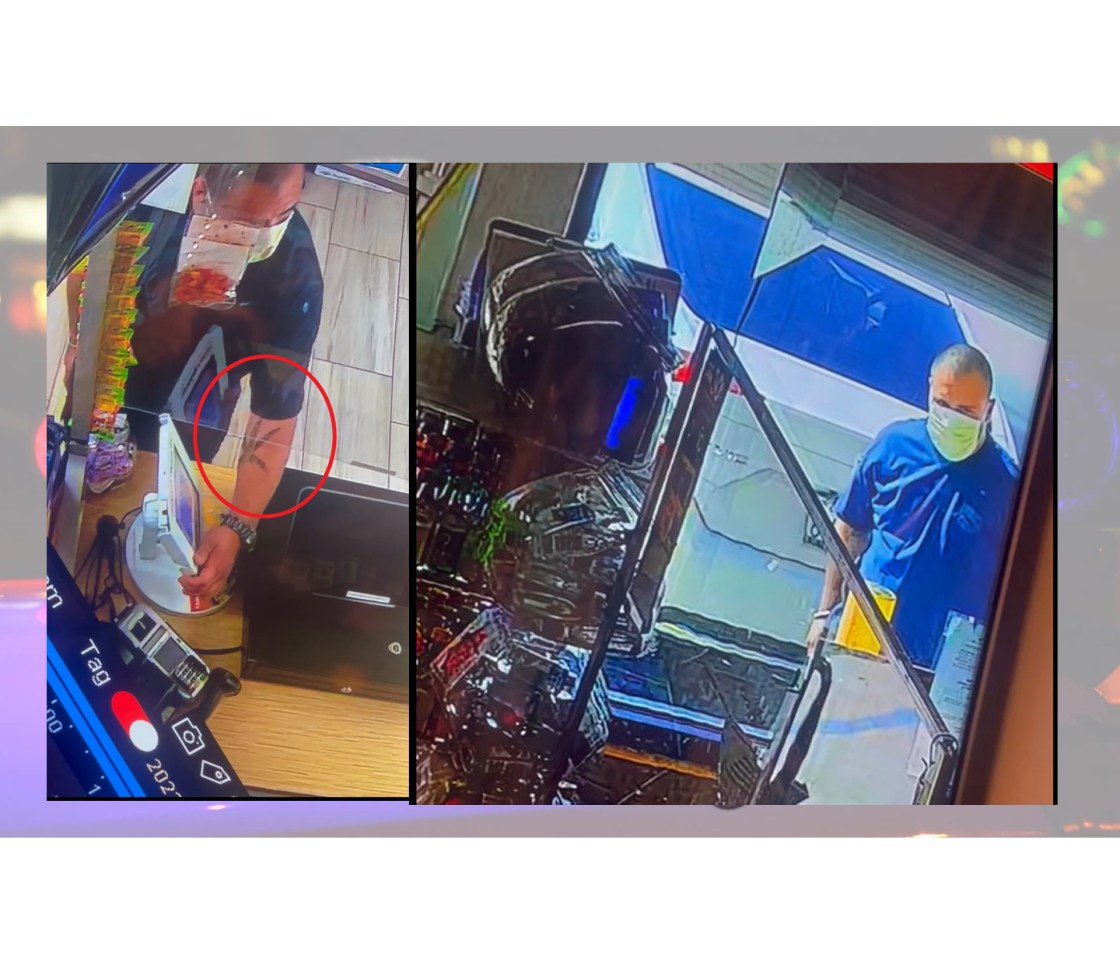 (CNS) – Police asked for the public’s help Wednesday to identify a man who stole an ATM device from the front counter of a business in Palm Springs.

Officers responded on Oct. 20 to a business in the 300 block of North Palm Canyon Drive after the owners reported thousands of dollars being stolen from their business account, according to the Palm Springs Police Department.

Police said a man was seen on camera before 3 p.m. on Oct. 16 entering the business and stealing an electronic ATM device. The business owners reported on Oct. 20 that the money was stolen in the form of refunds to prepaid debit cards, according to police.

The suspect was described as a man in his early 30s, 5-feet-11 inches tall, with a shaved head and a tattoo of a large marijuana leaf on his left forearm, police said. He also has a half sleeve on his right arm and a tattoo on his right forearm, both of which are unidentifiable.

Police encouraged business owners to secure their payment devices due to similar thefts occurring more frequently throughout the Coachella Valley.

Anyone with information about the crime was asked to call detective Alex Doherty at 760-323-8142.