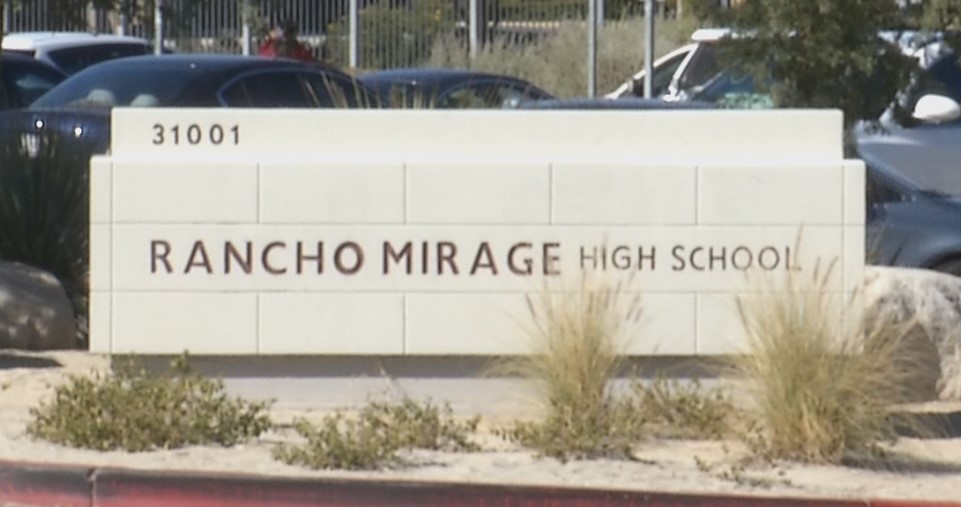 Panicked parents after hearing from their kids about a campus lockdown at Rancho Mirage High School.

The Riverside County Sheriff’s Department says the school was placed on lockdown to keep other students from entering the area where a student was on the roof.

However, this frightened students and parents because of the lack of information that was being shared in those tense moments.

“My son texted me and he said that he was hiding in a classroom,” Carrillo continued. “He said that he didn’t know what was going on at first and there was someone on the roof.”

Still not knowing what exactly was happening at her son’s school, her anxiety was heightened by misinformation.

“He also texted me that the kid had a gun. They’re saying the kid has a gun,” she continued. “Then my son’s telling me they said the kid jumped off the roof now. There’s a lot of telephone happening.”

A shooter was not on campus and the student was brought down safely.

After learning what actually happened, the explanation she got for the lockdown was they didn’t want students to post on social media.

“I’m very upset,” Carrillo said. “No one wants to get a text or a call or anything and then you think of worst case scenarios, and you’re like, I don’t want this to be one of those things you see on the news that you think will never happen to you and till it does.”

The school’s principal, Dr. Teresa Haga, has since issued a statement:

“We wanted to inform you of a situation that happened around 12 p.m. today. The students were briefly contained in classrooms so that school personnel and the fire department could respond to a situation involving an individual student’s safety. At no time were any other students or staff at risk or involved. Our priority was to keep students in their classes so that our team could work with the student. We appreciate everyone’s cooperation and support during this incident. There are no further details to provide.”

The district says if any student needs support, they can reach out to their counselor or use the link on the district’s website.

That link is attached here.