Cooking is Leading Cause of Thanksgiving Day Fires, Tips for Kitchen Safety 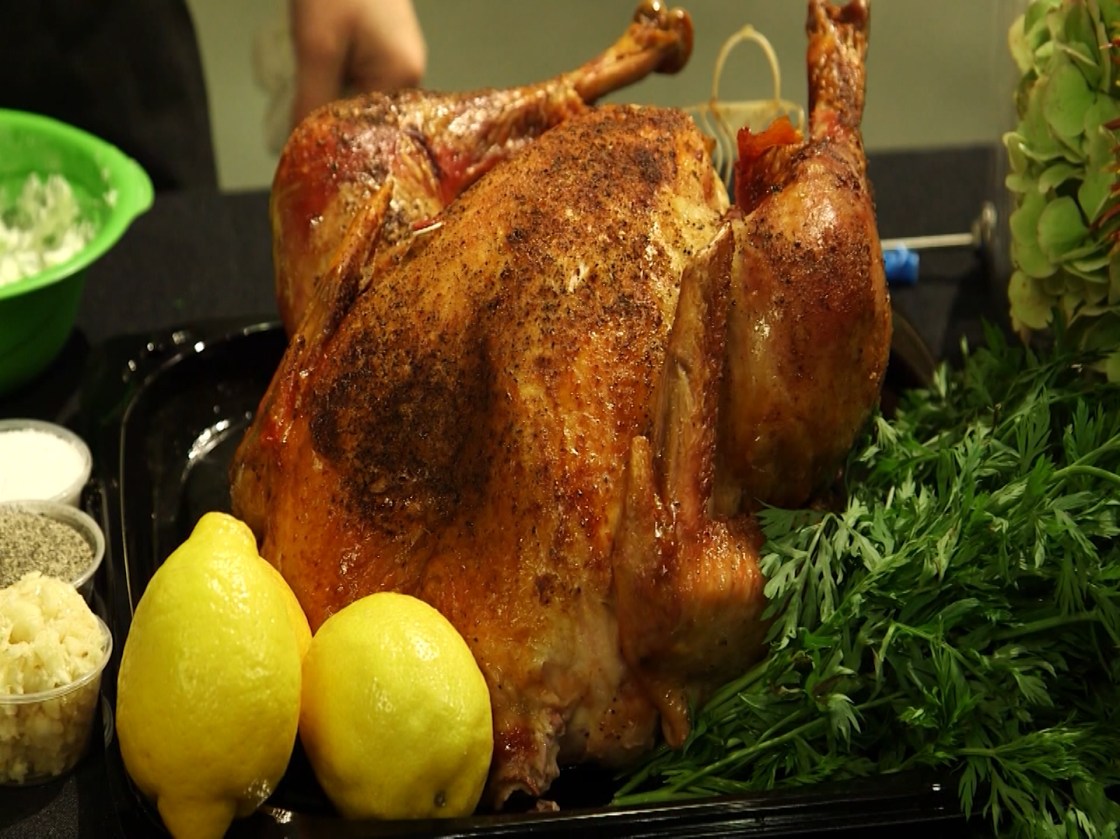 Friends, family and of course, food.

The keys to a successful Thanksgiving holiday.

But a full house of festive celebrations can lead to mishaps in the kitchen.

“Nothing is worse than thinking your turkey is done and it’s got another hour to go,” Jan Boydstun, owner of Kitchen Kitchen in Indian Wells, said.

Before the holiday festivities begin, Boydstun showed NBC Palm Springs how to ensure a recipe for success this holiday season.

“If you’re slicing anything, just put a glove on,” Boydstun explained. “It really will help you from  cutting your fingers, as well as just having it on to remind you that you’re working with a sharp knife.”

“So important, whether you’re pulling something out of the oven, or stirring something on top of the stove, put your gloves on,” Boydstun continued. “It takes two seconds and it’ll save you a burn because there’s nothing worse than a burn.”

It’s also important to not cut poultry and vegetables on the same cutting board to prevent contamination.

“Instead of worrying about washing one, have two cutting boards ready and designate one for all your raw foods and then the other one for your veggies,” Boydstun shared.

But it’s not just the kitchen that will be busy.

“Thanksgiving Day is the single worst day for kitchen fires than any other day out of the year,” Chief Sam DiGiovanna with the Verdugo Fire Academy said.

So to help firefighters during the holiday, stay diligent and aware of what’s happening in the kitchen.

First thing you want to do is keep combustibles away from the stove,” Chief DiGiovanna continued. “Avoid loose clothing that may drape over an open flame on the stove. If you have an open flame on the stove, don’t leave the kitchen. If you have something in the oven, don’t leave the house. I would not recommend using regular candles. Use battery operated candles. They’re just as nice, just as pretty and far less dangerous.”

All this, leading to a happy and safe holiday.

“Remember, it’s Thanksgiving,” Chief DiGiovanna said. “Be thankful for your family and your friends that you’re celebrating with.”

“Really, have fun,” Boydstun shared. “It’s once a year. It’s your family. There’s a lot of stuff going on, but I just say enjoy the day, and if not, make reservations!”

In case a fire does break out in your home, make sure you have a fire extinguisher readily available.

If not, use a baking or cookie sheet to smother the flames.