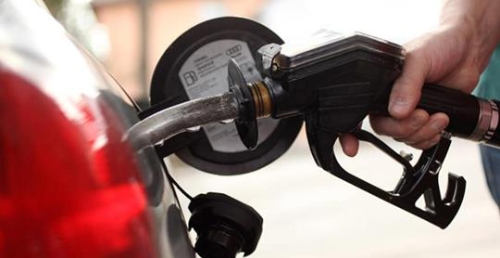 (CNS) – The average price of a gallon of self-serve regular gasoline in Riverside County dropped Monday for the 17th consecutive day, decreasing eight-tenths of a cent to an even $4.992.