There’s a big problem with the Kroger-Albertsons supermarket merger 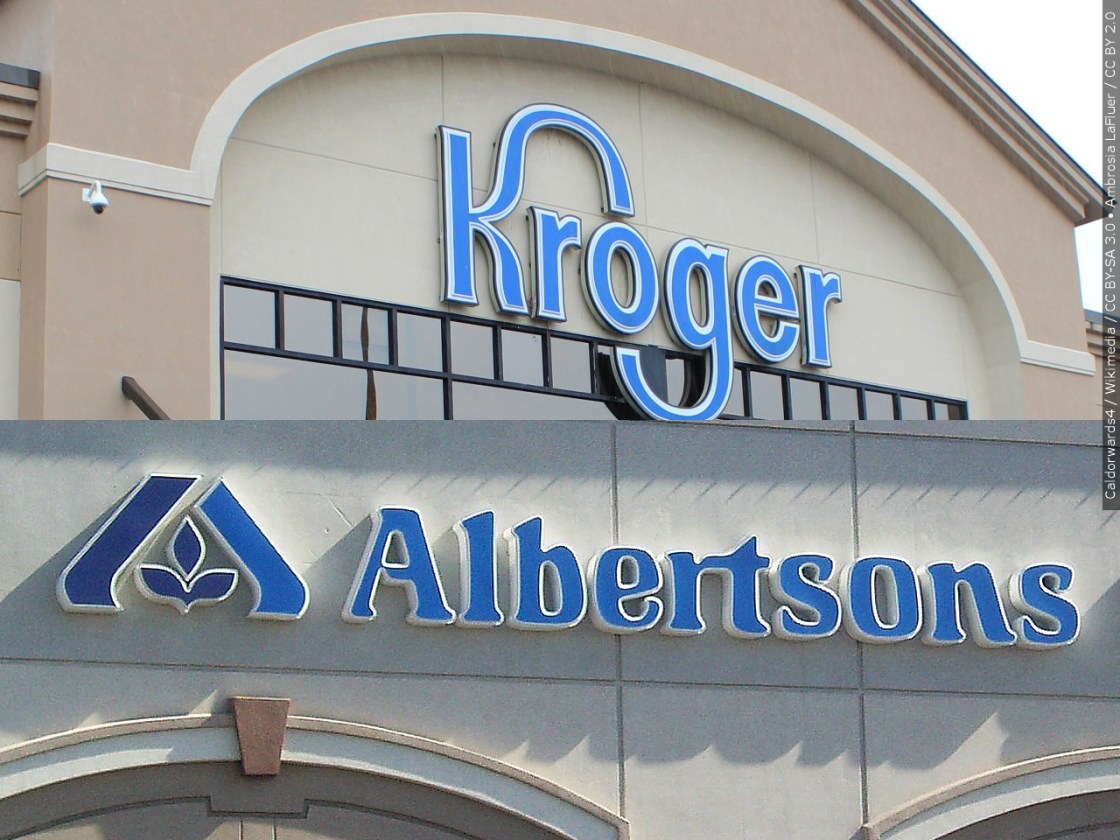 (CNN) — When Christine Martinez found out last month that Kroger and Albertsons planned to merge in a deal worth nearly $25 billion, she thought, “here we go again.”

Martinez lost her job as a pharmacy technician in the aftermath of a prior supermarket mega-merger: Albertsons’ $9 billion tie-up with Safeway in 2014.

That deal has since become a cautionary tale of what can go wrong when two supermarket giants merge. Now the fallout from that troubled transaction hangs over this latest, even bigger merger proposal. The Senate Judiciary Committee is holding a hearing Tuesday afternoon to scrutinize the potential impact of the Kroger-Albertson merger.

Back in 2014, Martinez was working for a subsidiary of Safeway in Valencia, California.”It was a really great company,” she said. “Morale was very high. They cared about our needs. We could depend on our paychecks.”

But things changed after Albertsons and Safeway joined together.

To win approval for the deal from antitrust regulators, Albertsons and Safeway agreed to sell 168 of their stores to buyers approved by the Federal Trade Commission. The companies’ divestiture plan addressed the FTC’s competition concerns in communities where the two chains had overlapping stores, which would have given the new company a dominant market share.

With the FTC’s blessing, Haggen, a small supermarket chain in the Northwest with just 18 locations, bought 146 of the former Albertsons and Safeway stores, including the one where Martinez worked.

Haggen overhauled the Valencia store and changed the branding and labels. Sales slowed and the company raised prices. The company cut hours and laid off employees. Workers began getting paid every other week, instead of weekly.

“Tensions with Haggen were at an all-time high,” Martinez said. “I think about how hard it was on my family. It brings me back to a time I don’t like to remember.”

Martinez’s store closed. She and dozens of her co-workers lost their jobs.

Her store wasn’t the only location that Haggen struggled to manage. The grocer expanded more than eight-fold essentially overnight, and couldn’t absorb the stores it acquired.

Less than a year later, Haggen filed for bankruptcy and closed some locations. In an weird twist, Albertsons bought back dozens of the same stores it previously sold to Haggen in bankruptcy court — at a lower price.

Martinez found a new job as a pharmacy technician at a Ralphs supermarket, owned by Kroger.

Now she worries Kroger will divest Ralphs as part of its merger with Albertsons in a repeat of the Haggen 2015 deal.

“It brought back a lot of fear and anxiety,” she said. “My co-workers are feeling anxious. They’re hearing that Kroger is going to have to divest. Everyone is worried it will be their store.”

The Albertsons-Safeway merger and subsequent Haggen bankruptcy show that divestitures and other concessions required to gain FTC approval sometimes fail. And while these remedies are designed to promote competition, they can have unintended consequences.

“It was a belly flop,” said Robert Feinstein, a corporate restructuring attorney who represented Haggen’s unsecured creditors during the bankruptcy proceedings.

In fact, current FTC chair Lina Khan has been skeptical of divestitures as an effective tool to promote competition. She has even criticized the FTC’s handling of Albertsons’ deal with Safeway, pointing to it as a prime example of the limitations of divestitures.

In a 2017 law review article she wrote prior to working at the FTC, Khan said the agency’s approval of the divestiture to Haggen was “[hard] to fathom” and a “spectacular” failure.

“Even a casual observer could have predicted that Haggen would have great difficulty expanding its storefronts,” Khan said. “The skeptics have been proven right.”

It was the “cruelest of ironies and a stinging rebuke to the FTC” that Albertsons bought back some of the Haggen stores from the bankrupt company, she added.

Kroger and Albertsons say their merger, which they expect to complete in 2024, will help them compete against larger chains and benefit shoppers, workers and local communities.

The two companies believe they have a “clear path” to gain regulatory approval, they added.

“We expect to make store divestitures in certain areas, and we will work cooperatively with the FTC to obtain clearance for the transaction,” Kroger finance chief Gary Millerchip said on a call with analysts last month.

To address antitrust concerns that the merger will stifle competition in local markets where they overlap, Kroger and Albertsons plan to divest stores.

One way they may do this is by creating a new, standalone company comprised of between 100 and 375 of their current locations. This new entity would be spun off to Albertsons’ shareholders.

The new company would become an “agile competitor with quality stores” with strong management. “We think it’s a really clean option in the sense that it could potentially be a faster way to package up the strategy around divestitures,” Millerchip said.

But it’s not yet clear if the stores to be divested can be viable in the cutthroat grocery industry.

If the those locations are weak, or unloaded to a buyer that can’t handle them, it could be a repeat of Haggen’s swift collapse, antitrust experts warn.

“The big question the FTC should ask is how is this different than what they promised before,” said Christine Bartholomew, who teaches antitrust law at the University of Buffalo School of Law.

Kroger and Albertsons say they must get bigger to compete against larger chains. But it’s unlikely that a new, smaller spinoff could successfully handle those same challenges, she said.

Dave Durflinger, city manager of Carpinteria, California, said the FTC can’t afford to get it wrong. Supermarkets are economic anchors in small towns, and support hundreds of jobs. Closures can lead to severe gaps in food access.

Durflinger knows that all too well. In 2015, Haggen bought a Vons grocery store (owned by Safeway at the time) in Carpinteria as part of the Albertsons and Safeway divestitures.

“Things went south right away. Shelves were scant. They just weren’t able to keep up,” he said. “It stopped being an attractive store in short order.”

The store closed within months, which “created a lot of anxiety in the community,” he said.

Another chain bought the closed Haggen location out of bankruptcy and has since turned it around. But the experience, Durflinger said, “illustrates just how vulnerable small communities are to mergers and losing economic vitality.”