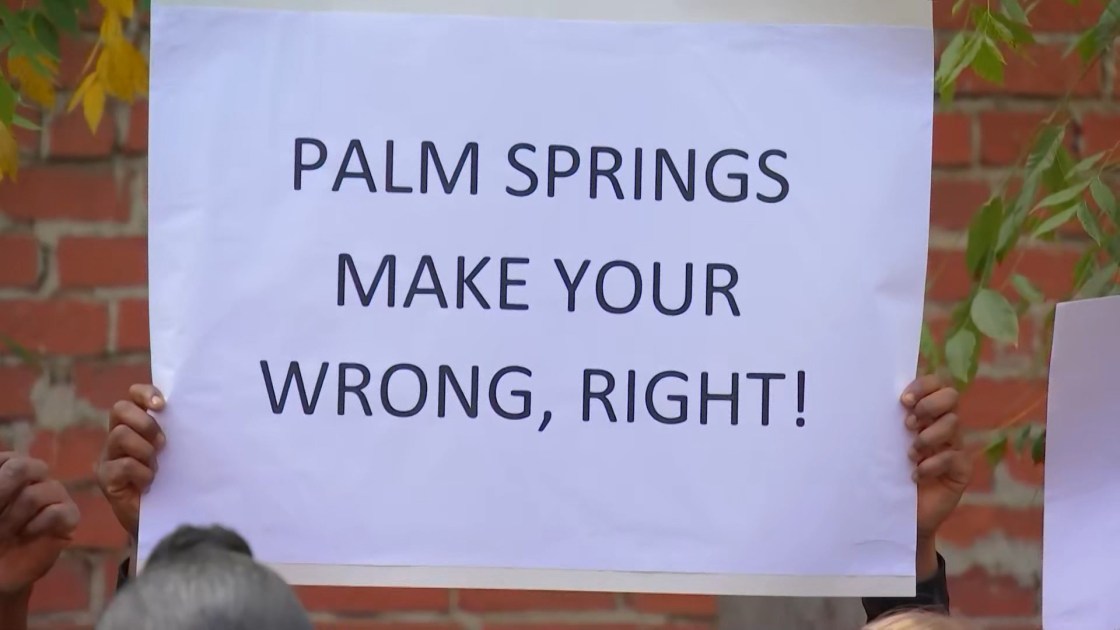 These are the words that Section 14 survivors have been pleading for nearly six decades.

On Tuesday, they finally got their chance to speak.

“Some of these families have never spoken about this. They never told their children. They never told their grandchildren. It was one of those secrets that they had very deep within,” Areva Martin, lead attorney for Section 14 survivors, shared. “So one of the things that’s happening through this process is giving them the freedom, giving families the freedom, to share their stories.”

Black and Mexican families and their attorneys held a news conference in Los Angeles Tuesday announcing the filing of a  racial reparations claim, stating the city of Palm Springs caused up to $2 billion in harm to families who were forcibly evicted from their neighborhood in the 1950s and 1960s.

All this comes 14 months after the city apologized to the survivors.

And, there’s a reason why they met 130 miles away from Palm Springs: to show that these issues are not just confined to the Coachella Valley.

“This story needs to be elevated, needs to be elevated to a state level and definitely a national level,” Attorney Martin continued. “We came here today, we invited media in the second largest media market in the country, Los Angeles, to come out so they could hear from survivors and they could have an understanding of what happened in Section 14.”

And they did just that.

One after the other, survivors approached the podium to share their stories and tears of the trauma they faced decades ago.

“We lived on Section 14, happily, with my parents and three other siblings in a two story house,” Jovita Ayala shared.

Ayala is a survivor of Section 14, willing to share her story, and how these events affected her and her family for years.

“She would ask me to take her down to her old house, so it did affect her,” Ayala said while talking about her mother. “Of course, it’s not there because they burned it down, but my mother would make me go there. I took care of her for eight years. ‘Please take me down there.’ I go, ‘Okay, Mom, let’s go.’ ‘Where is it?’ I say ‘It’s not there.’ It’s something else, another building is there. I remember the good times and the bad times.”

All with the hope to bring justice to section 14.

“Families have waited 60 years, they don’t want to wait another six decades, another month, even another year,” Attorney Martin said. “We’re hoping that this process reignites the city.”

“Whatever they can do, I want them to do it quickly so I can remember them and say, ‘This is for you and we got justice,’” Ayala said. “We’re going to go down in a historical book. That’s all I want. Closure.”