Jury Deliberates, but No Verdict Yet, in Weinstein Sex Assault Case 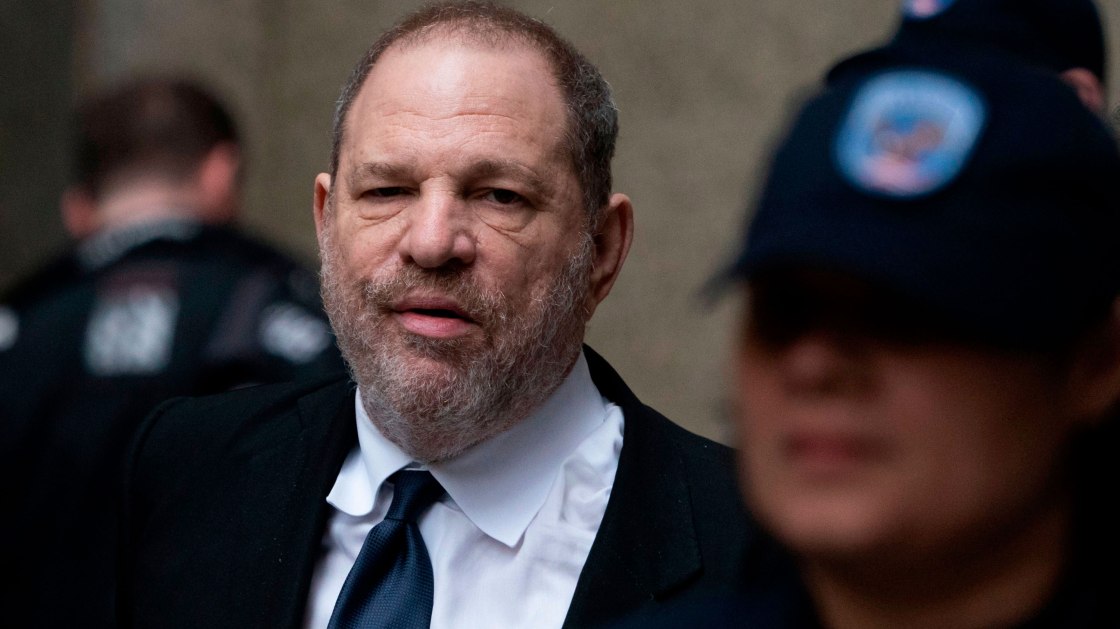 (CNS) – Jurors in the sex assault trial of former film producer Harvey Weinstein gathered for a fifth day of deliberations Thursday but left without reaching a verdict.

The panel has deliberated for nearly 20 hours over a five-day span, beginning when they were handed the case last Friday. Thus far, the jury has not submitted any evidentiary questions to the court during its deliberations, nor has it requested any read-backs of trial testimony.

The jury will return Friday morning to continue deliberating.

Weinstein, 70, is charged with seven sex-related counts involving four women, including Gov. Gavin Newsom’s wife, Jennifer Siebel Newsom, who told jurors she still lives with the trauma of being raped and sexually assaulted by Weinstein in a Beverly Hills hotel room 17 years ago.

During the trial, jurors also heard from four other women who were allegedly sexually assaulted by Weinstein, but are not listed as charged victims in the case.

Weinstein — whom Deputy District Attorney Marlene Martinez had earlier called a “titan of the film industry” — engaged in “despicable behavior” and made sure that the alleged victims knew he “could destroy them,” the prosecutor said Thursday in her closing.

But in his argument, defense attorney Alan Jackson told the jury that the entirety of the prosecution’s case could be summed up with five words — “Take my word for it” — and said the alleged victims lied on the stand about what was actually “consensual” or “transactional” sex with the now- disgraced filmmaker.

“Did one person come in here and say, `I said no to Harvey Weinstein and he screwed my career?’ Was there one? … Not one person said that because it’s a fable … It just isn’t true,” Jackson said.

Weinstein’s attorney contended that two of the alleged attacks involving Jane Doe #1 and Jane Doe #2  “simply never happened” and that they were “fictionalized” accounts of events that never occurred. He said Weinstein’s relationships with the other two alleged victims, including the governor’s wife, were “100% consensual” and amounted to “transactional relationships.”

The defense attorney ended his closing argument with an attack on the testimony of Siebel Newsom, which he called a “theatrical, overly dramatized performance” that was a “pretty good act” that had “no basis in truth.”

“Jane Doe 4 cannot square in her mind that she’s a successful, well- educated, well-bred, refined woman who had consensual sex with Harvey Weinstein in exchange for opportunity and access,” he said of the governor’s wife. “Regret is far from rape. You don’t get to rewrite your own history no matter who you’re married to.”

Martinez had told jurors earlier in her closing argument that Weinstein used his power to prey on and silence women. She called him a “predator,” and said none of the eight women knew each other.

She noted that the women knew they would come to court and face tough questioning from the defense, and that they knew “his attorneys would call them bimbos in open court for having been raped.”

Two of the charges against Weinstein — forcible rape and forcible oral copulation — stem from the alleged attack on Siebel Newsom, a documentary filmmaker, at his suite at The Peninsula Beverly Hills in September 2005.

Weinstein is also facing one additional count each of forcible rape and forcible oral copulation along with one count of sexual penetration by a foreign object involving another alleged victim in 2013, and two counts of sexual battery by restraint involving two other women in 2010 and 2013.

Prosecutors opted not to proceed with four other counts — two counts each of forcible rape and forcible oral copulation involving “Jane Doe #5,” who had not been mentioned in the prosecution’s opening statement but was one of the charged victims in the indictment against Weinstein.

Prosecutors have described Weinstein as one of the most powerful people in the industry at the time of the alleged crimes. Deputy District Attorney Paul Thompson told jurors at the start of the case that Weinstein and his brother, Bob, created Miramax Films, which produced a number of “iconic and award-winning films” including “Pulp Fiction,” “The English Patient,” “Good Will Hunting” and “Shakespeare In Love,” among others. The movies launched the careers of Matt Damon, Ben Affleck, Gwyneth Paltrow and Quentin Tarantino, Thompson said.

Weinstein did not testify in his own defense.

He was extradited from New York, where he was convicted of raping an aspiring actress and of a criminal sex act against a former production assistant. The state’s highest court has since agreed to hear his appeal involving that case.