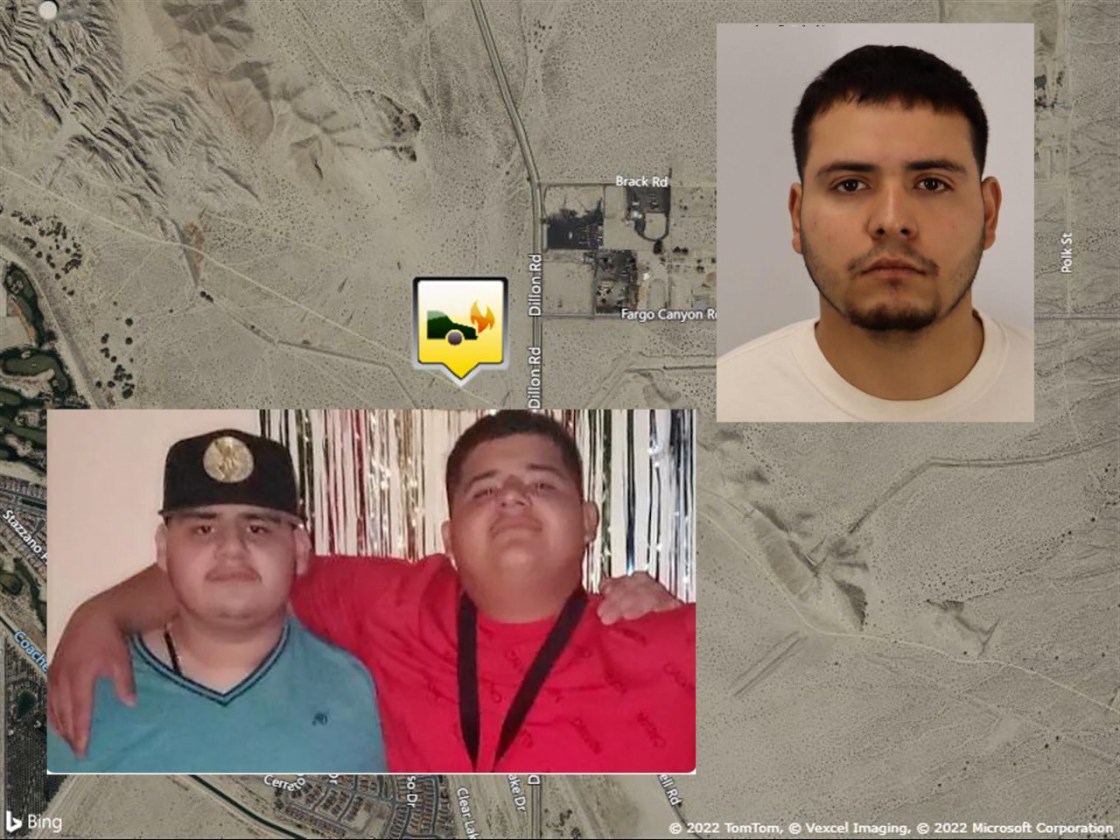 Indio Police have announced the arrest of a 21-year-old Indio man in connection to a double homicide investigation in North Indio.

Luis Armenta is facing two counts of murder with a special circumstances murder involving more than one victim, and two counts of discharge of a firearm causing great bodily injury, according to the Indio Police Department.

Officers responded to Power Line Road just west of Dillion Road to a report of a burned vehicle on December 2 around 10:46 a.m. , according to public information officer Ben Guitron from the Indio Police Department.

In the vehicle two burned bodies were located. Family has identified the victims as Abelardo Zuniga and Cesar “CJ” Zuniga through a gofundme account.

“These boys were two peas in one pod. Since little boys they did everything together,” Ramirez continued.

Armenta was identified as the suspect in the investigation and was arrested, according to Guitron.

He pleaded not guilty to all charges Wednesday afternoon at the Larson Justice Center in Indio.

He was booked into the John J. Benoit Detention Center, where he was being held without bail, on Dec. 4, according to inmate records.

The Indio Police Department has an ongoing homicide investigation in conjunction with the Riverside County Sheriff-Coroner’s Bureau.