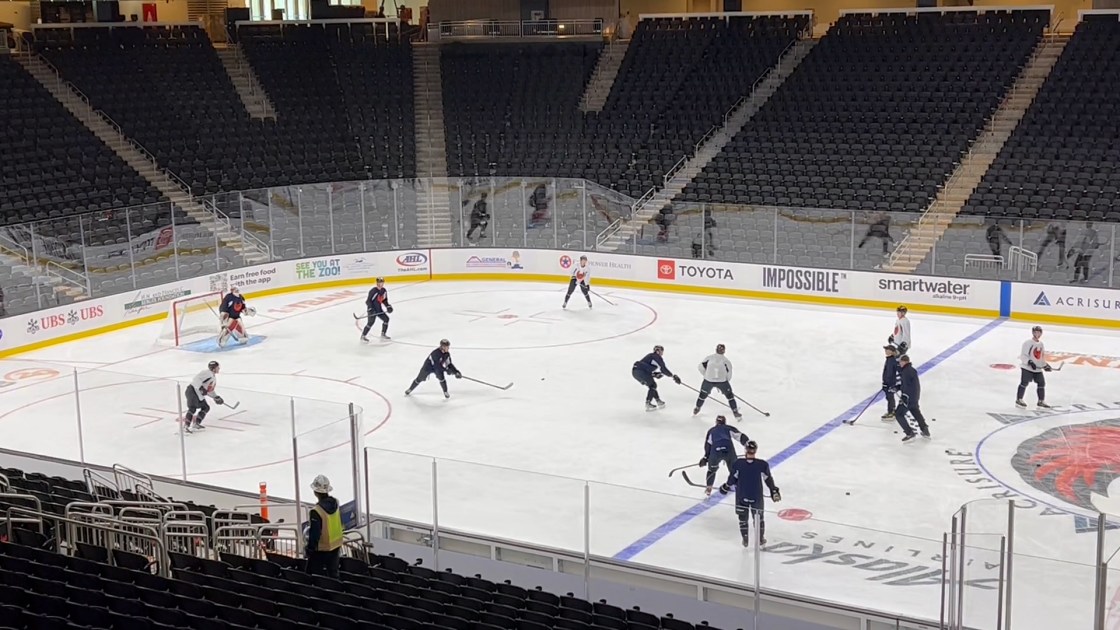 (CNS) – The Coachella Valley Firebirds skated on the ice at Acrisure Arena for the first time, a milestone that began a week of events to mark the venue’s opening.

At 9:30 a.m. Monday, the team had its first official team practice on the arena’s ice, according to a statement from Acrisure Arena. On Tuesday, officials will host a tree-lighting ceremony at 4 p.m. for select guests in the arena’s plaza, with a tour and cocktail event to follow.

The official opening of the arena will be celebrated at 11 a.m. Wednesday with a ribbon-cutting ceremony featuring various speakers. The Berger Foundation Iceplex — which will coordinate on-ice programs and events for the public at the venue — will host a skating exhibition at 12:15 p.m.

Chris Rock and Dave Chappelle will co-headline the venue’s first-ever show at 7:30 p.m. Wednesday. The event will be “phone-free,” with all phones, smart watches and accessories being secured in individual pouches that can only be opened in designated phone-use areas within the venue or at the end of the show.

At 8 p.m. Thursday, The Doobie Brothers will perform the first music concert at the arena. Grupo Firme will perform following night, also at 8 p.m.

A Coachella Valley Firebirds Fan Fest will be held Saturday and Sunday before the team’s home opener against the Tucson Roadrunners later Sunday. Saturday’s fest will be held from noon to 4 p.m. and Sunday will be from 2 p.m. until the puck drops.

On New Years Eve, Maroon 5 will perform at 8 p.m., bringing an end to the year and to the arena’s first month of operation.