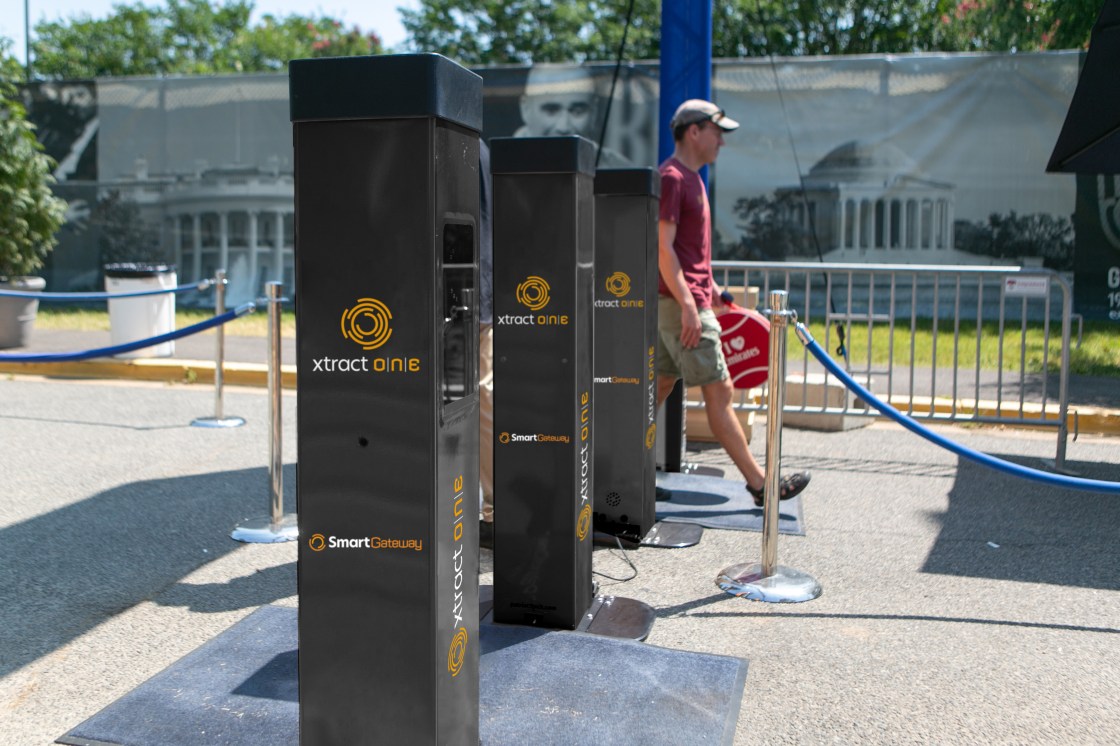 Over 600 mass shootings have been reported in the U.S. this year alone, making this one of the worst years for gun violence.

But, one tech company is taking a whole new approach to security and public safety.

“If we can use digital innovation to create an entirely different experience and make people safer, let’s do it,” Peter Evans, CEO of Xtract One Technologies, shared.

Over the past six years, Evans and the company have been working tirelessly to ease people’s minds when going to big events.

“We make a weapons detector,” Evans explained. “The idea is to use various different kinds of sensor technology with some AI software that correlates all the data that’s captured. We can actually hone in and say this is a gun, this is a knife, that’s a cell phone and that’s a set of keys. I don’t have to take things like keys, watch ,wallet, smartphone, out of my pockets. I just walk in just like I’m walking down the sidewalk. If I do have to have a knife, or I do happen to have a gun, it’ll alert that.”

And this new technology is coming right to the Coachella Valley at Acrisure Arena.

“A little over a year ago, we got connected with the Chief Security Officer of Oak View Group,” Evans continued. “They found it to be the most effective technology that they’d come across.

There’s no way I’m going to put a billion dollars into building a world class venue and have people walk through 40 year old technology and stand in line for 90 minutes. Everything about it has been designed to make sure it’s the very best experience possible, including the entry and including the safety.”

Each lane is able to screen up to 3,600 people per hour, making lines move much faster.

On top of that, these sensors detect more compared to traditional metal detectors.

All this, making it a great solution for detecting and deterring people with weapons and other threats while keeping entry calm and smooth.

“Fans get in 10 times faster. The venue gets to save on a lot of security staffing while having better security than they had before. It aesthetically fits into the whole venue so you almost don’t even know it’s there. It’s almost somewhat invisible and doesn’t look like a metal detector. People are buying more food and beverages faster. So, win, win, win, win,” Evans said.

This new technology can also potentially free up as much as 70% of security staff duties, meaning they can be utilized for other important tasks elsewhere.

All to make sure everyone has a fun, and safe, experience.