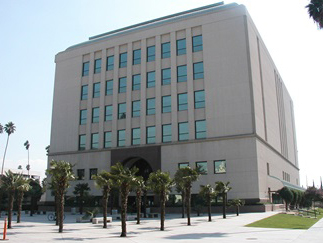 (CNS) – A snafu that caused a significant delay in jury summonses going out, culminating in a judge dismissing a sexual battery case in Riverside County, stemmed from a “mechanical failure” that the vendor who prints the notices had no control over, Superior Court officials said Thursday.

District Attorney Mike Hestrin on Wednesday identified the occurrence as another example of poor decision-making by judges countywide, whom he said are booting cases without considering the impacts, elevating risks to public safety.

The case of People v. Jose Cruz was dismissed by Superior Court Judge John Molloy at the Riverside Hall of Justice last week. It is one of more than 1,000 dismissals that have been recorded since the first half of October.

The misdemeanor case was filed in November 2021, arising from an alleged lewd act a month earlier in the Riverside area, according to court records.

Prosecutors said they were ready to proceed with a trial on Dec. 7, but when panels of prospective jurors were requested for screening, Molloy was informed that no jurors would be available because the court’s vendor, Taylor Communications, hadn’t sent summonses to residents to ensure a jury pool would be in place.

The judge postponed the matter until prospects could be summoned, but after that issue had been resolved, the parties were told there were no courtrooms available for further proceedings, at which point Molloy dismissed the case, according to the D.A.’s office.

In a statement released by the Superior Court Thursday, officials said they were told earlier this month that the vendor “had experienced mechanical failures with printing equipment that caused delays in printing and mailing summons.”

“So while jurors were still summoned, the time period for notification was shortened, meaning a juror would have less lead time in order to prepare for their service,” the court stated. “It should be noted that the court intentionally called in a higher number of jurors for the month of December, anticipating a great need due to a high volume of anticipated jury trials.

The mechanical failure, and thus delay in mailing, resulted in a reduced number of jurors reporting.”

Officials said Taylor Communications has assured the court that all problems have been resolved, and the printing presses are back to full production.

The dismissal resulted in the criminal protective order for the victim being terminated. The woman, who asked to remain anonymous, released a statement through the D.A.’s office, saying “I do not agree with the court’s decision, and I am disappointed that justice was not served. (The defendant) is now a free man … who received zero consequences.”

Hestrin fixed the blame squarely on the court, saying there shouldn’t have been “a failure to summon jurors on the day when a courtroom was ready and available.”

He criticized the “apparent lack of oversight of a third-party vendor,” saying the breakdown contributed to the “crisis (from) the daily toll of cases being dismissed by the courts.”

Judges have cited lack of available courtroom space for trials as the main rationale for the dismissals. Most of the cases were added to dockets during the COVID public health lockdowns, when courts suspended many operations under emergency orders from the California Office of the Chief Justice.

The lion’s share of cases being dismissed stem from alleged acts of domestic violence. The state constitution entitles defendants to receive a speedy disposition of their cases at trial.

“The consequences of the decisions being made from our judges is going to cause extreme harm to victims of crime and our community at-large,” he said.