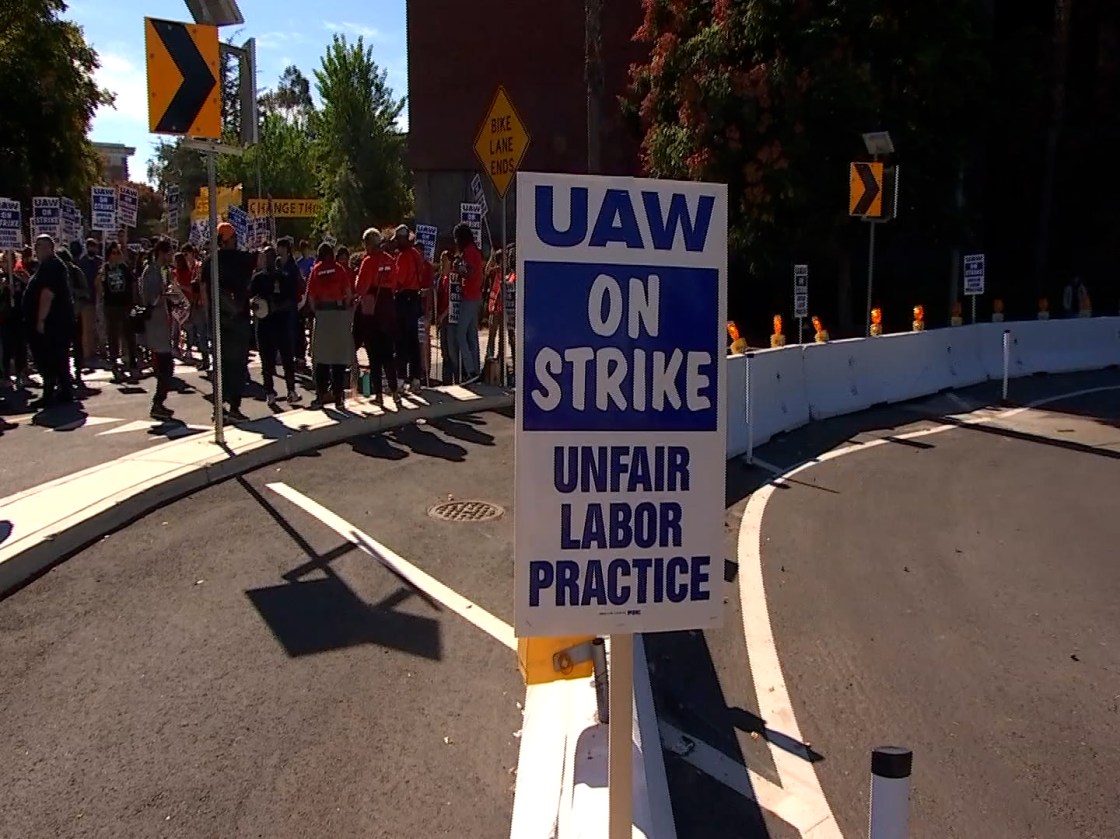 The tentative agreement was announced Friday. Affected employees represented by the United Auto Workers union are expected to vote on the proposal throughout the week.

“These tentative agreements include major pay increases and expanded benefits, which will improve the quality of life for all members of the bargaining unit,” United Auto Workers President Ray Curry said in a statement Friday. “Our members stood up to show the university that academic workers are vital to UC’s success. They deserve nothing less than a contract that reflects the important role they play and the reality of working in cities with extremely high costs of living.”

“Over the 2.5 years of this contract, workers will see raises of up to 66%, or over $13,000/year at some campuses,” Tarini Hardikar, a member of the SRU-UAW Bargaining Team at UC Berkeley, said in a statement. “In addition to incredible wage increases, the tentative agreements also include expanded benefits for parent workers, greater rights for international workers, protections against bullying and harassment, improvements to accessibility, workplace protections, and sustainable transit benefits. I am so proud of what we were able to accomplish with this contract.”

But over the weekend, dissension arose over the proposed labor deal, with some workers arguing the pact falls short of their salary demands, with increases not taking full effect until late 2024.

“The idea that these are being sold as spectacular wins is just ludicrous,” Woodall told the paper.

“This is a positive step forward for the university and for our students, and I am grateful for the progress we have made together,” UC President Michael Drake said in a statement. “Our Academic Student Employees and Graduate Student Researchers are central to our academic enterprise and make incredible contributions to the university’s mission of research and education. These agreements will place our graduate student employees among the best supported in public higher education.

“If approved, these contracts will honor their critical work and allow us to continue attracting the top academic talent from across California and around the world. I would also like to thank our faculty, students, and staff, who have managed the burden of this strike with dedication and patience over the last month.”

Union officials, who had initially resisted efforts to engage in mediation, agreed to do so earlier this month.

The strike is the nation’s largest since 2019, the largest at any academic institution, and first by postdoctoral scholars and academic researchers, according to the union.

Postdoctoral scholars and academic researchers each overwhelmingly ratified their new contracts in voting that concluded Dec. 9.

The final count was 89.4% of postdoctoral scholars and 79.5% of academic researchers voting in favor of ratification, the union announced.

The groups reached tentative labor deals with the university Nov. 29 but continued striking in solidarity with the other workers while those negotiations continued.