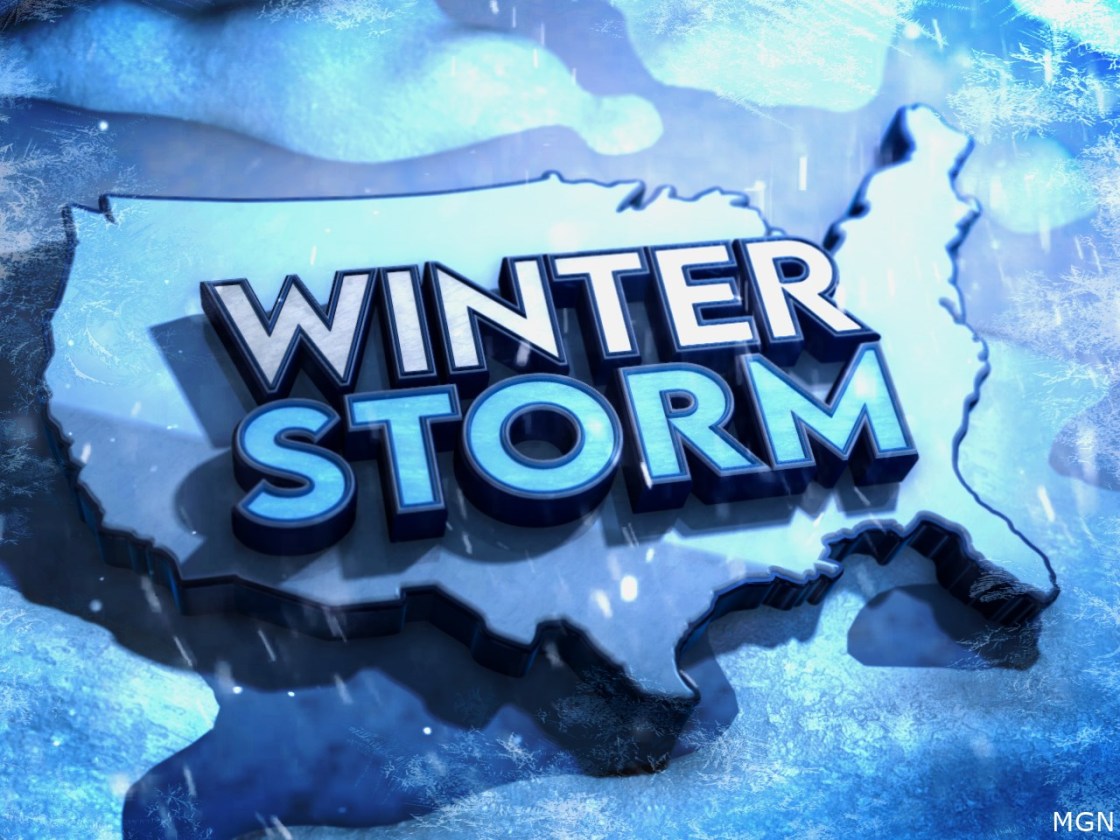 (CNN) — A major winter storm and cold blast will impact nearly every state and bring what the National Weather Service is calling a “once in a generation type event” that will cripple travel on some of the busiest travel days of the year.

The strengthening storm will bring more than a foot of snow and possible blizzard conditions to the Midwest, as the weather service warns of “life-threatening” wind chills for millions.

More than 90 million people are under winter weather alerts and more than 87 million are under wind chill alerts. The alerts stretch across 37 states, dipping as far south as the Texas/Mexico border.

The number of people under winter alerts and wind chill alerts has grown to over 100 million people, or roughly a third of the US population, according to the National Weather Service.

The cold will stick around for Christmas weekend, making this the coldest Christmas in roughly 40 years for portions of the Plains and Midwest.

Wednesday: The storm will strengthen over the Northern Plains through the day as heavy snow falls across much of the Rockies, the Northern Plains and into the Midwest. Slick roads will lead to travel headaches and airport delays through places like Minneapolis, Omaha and Rapid City.

Denver will go from a high of 47 on Wednesday to 10 degrees below zero by daybreak Thursday. That would be the city’s coldest day in 32 years, according to the weather service. Cheyenne, Wyoming, recently dropped 32 degrees in just eight minutes.

Temperatures in the Denver metro area will drop drastically once the front passes in the next couple of hours.

By sunrise, the temperature is expected to be around 10 degrees below zero and gusty north winds will create a wind chill of around minus 25. The high-temperature tomorrow will likely not make it above zero degrees.

A wind chill warning is in effect as well as a winter weather advisory. Several inches of snow will also make for difficult travel late this afternoon through early Thursday.

Thursday: Thursday will be the most difficult day for travel. The storm will be hitting the Midwest extremely hard with heavy snow and strong winds. Western Minnesota will face not only blizzard conditions, but potentially deadly wind chills Thursday and Friday.

“Whiteout conditions are expected during that time with travel becoming very difficult or impossible,” said the weather service. “This event could be life-threatening if you are stranded with wind chills in the 30 below to 45 below zero range.”

Chicago could also face blizzard conditions with winds gusting as high as 50 mph, with 2 to 4 inches of snow forecast.

Additionally, strong winds may knock out power lines in the Midwest, especially in areas where heavy snow fell last week and is already weighing down tree branches. This will leave millions finding a way to stay warm as temperatures plummet to well below freezing.

Snow could fall as far south as Jackson, Mississippi, Memphis and Nashville in Tennessee and even Birmingham, Alabama, on Thursday. Little to no accumulation is expected for most of the southern cities, however, Nashville could pick up about an inch of snow.

In anticipation of what will be a week of travel nightmares, United, American, Delta, Southwest and Jet Blue have issued travel waivers for dozens of airports across the country from the South to the Northeast, because in addition to snow covering roadways, low visibility could make air travel dangerous.

Friday: The storm is expected to become a “bomb cyclone” Thursday evening into Friday. A bomb cyclone is when a storm rapidly intensifies — and drops 24 millibars (a term used to measure atmospheric pressure) in 24 hours.

The storm is expected to reach the pressure equivalent of a Category 3 hurricane as it reaches the Great Lakes, with the weather service describing the strength of the low a “once-in-a-generation” event.

“This is a case in which snow totals may not tell the whole story. Even small snow amounts, when combined with very strong wind gusts and plummeting temperatures, can cause poor visibility and slick spots on roads. The sudden arrival of these conditions can increase the danger,” the weather service explained.

The storm will be over the Great Lakes on Friday and continuing to produce heavy snow across much of the Midwest. Portions of Michigan could pick up more than a foot of snow by Friday, making travel impossible at times.

Blizzard warnings are in effect for parts of the Dakotas, Montana, Minnesota, Iowa, Indiana and Michigan — where travel conditions will become difficult to impossible as the storm peaks Thursday into Friday. Major cities like Chicago, Kansas City, St Louis, Twin Cities and Detroit are under winter storm warnings for heavy snow and near blizzard conditions.

Heavy rain will also blanket much of the I-95 corridor, adding to the travel troubles and lengthy airport delays.

Even in places where the snow has ended, strong winds will continue to blow 30 to 40 mph across much of the Midwest and into the Northeast.

Friday night into Saturday morning, New England will get a quick shot of snow and windy conditions.

Places that will escape the snow, won’t escape the cold. Areas from eastern Montana through the Dakotas will experience the coldest air beginning Thursday morning. Current wind chills across Montana and the Dakotas are as cold as 50 to 60 degrees below zero and will fall even further after dark Wednesday.

“The dangerously cold wind chills could cause frostbite on exposed skin in as little as 5 minutes,” warned the weather service office in Bismarck.

Even the South will be dangerously cold. Nashville and Atlanta’s wind chill will drop to minus 11 on Saturday morning and Birmingham will feel like minus 5.

Georgia Gov. Brian Kemp on Wednesday declared a state of emergency due to the upcoming “historic low temperatures” across the state, with near zero or negative digit wind chills by midday on Friday.

The declaration will help “ensure that essential supplies, especially propane can be delivered for both commercial and residential needs,” the governor told reporters.

“Communities across the state are about to see temperatures that they haven’t experienced in a decade or more,” Kemp said.

The state will be pretreating roads and bridges in anticipation of the inclement weather and officials urged residents to avoid travel if possible.

Kentucky Gov. Andy Beshear also declared a state of emergency, with wind gusts expected to reach 40 to 50 mph on Friday and minus 10 to minus 26 degrees wind chills expected on Saturday. Beshear asked residents to stay off roads and to have a backup heat source.

Jackson and Birmingham will both spend more than 80 hours below freezing between Friday and Monday. Houston could sit below freezing for 46 hours between Thursday and Saturday.

The cold temperatures will stay through Christmas weekend, before finally moderating next week.