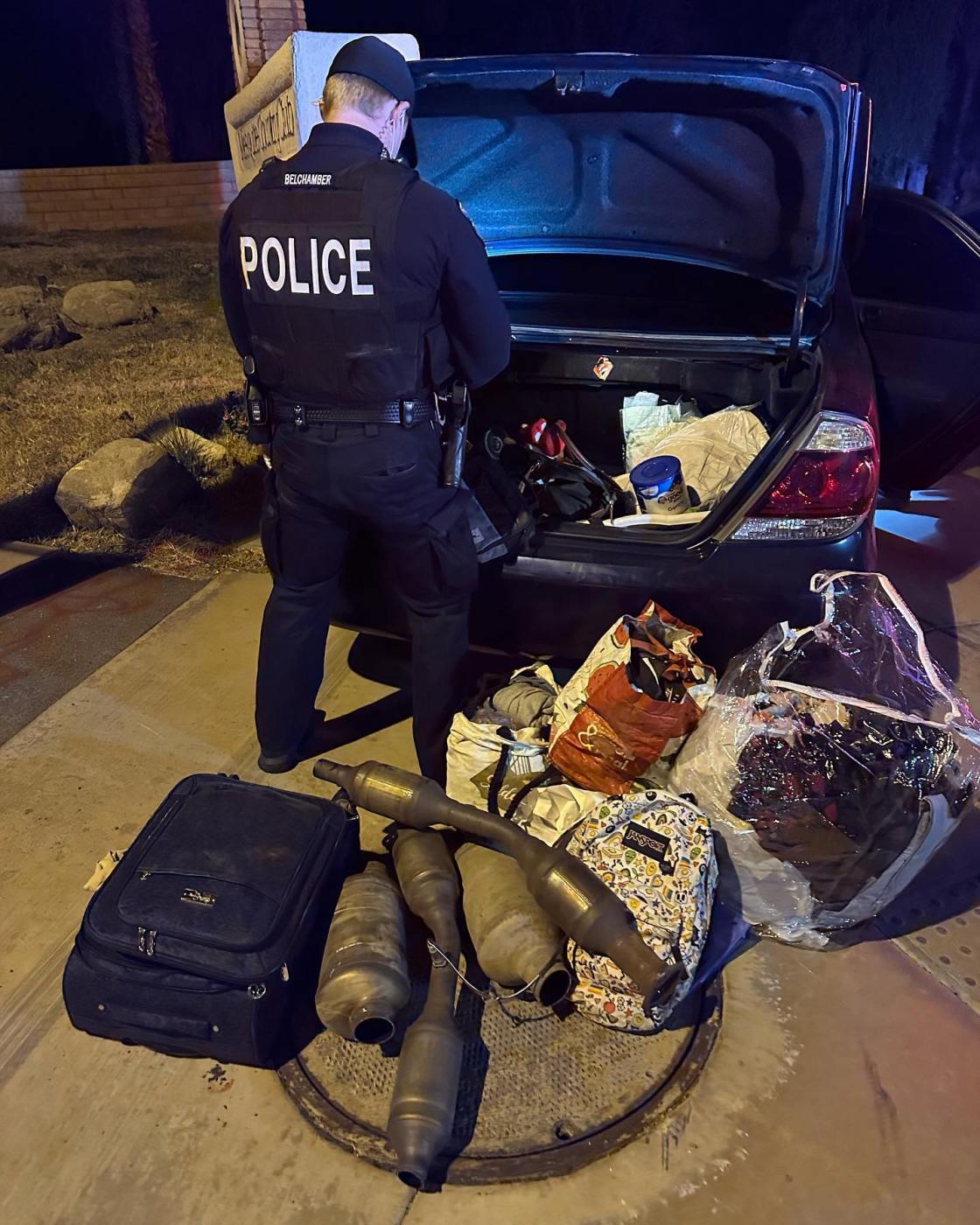 (CNS) – A 63-year-old man and 15-year-old boy were in custody Wednesday following a pursuit in which the teen allegedly rammed a Palm Springs police patrol vehicle, injuring two officers.

Both suspects are Indio residents.

According to inmate records, Barnes remains jailed at the John J. Benoit Detention Center on $210,000 bail. The boy, whose name was not released because of his age, was booked into Indio Juvenile Hall, according to police.

According to Palm Springs police, members of the agency’s Crime Suppression Team tried to pull over a Toyota Camry near Murray Canyon Drive and South Toledo Avenue shortly before 10 p.m. Tuesday, but the driver sped away and led officers into a high-speed pursuit.

The driver ran several stop signs and drove the wrong way at times, and subsequently turned into a cul-de-sac on Saint Thomas Circle and stopped in a driveway, police said.

According to police, Barnes exited from the passenger side of the Camry and ran away, while the boy backed the vehicle up at a high rate of speed and rammed into a police vehicle, injuring two officers who had taken positions behind the open doors of the squad car. The officers wound up pinned between the vehicle’s doors and the door frames, police said.

“Both of their heads shattered each of their windows and the interior of the rear passenger door shows damage from one of the officer’s legs,” according to police.

Both of the injured officers were taken to a hospital and were in stable condition by Wednesday morning, but only one has been released, police said. 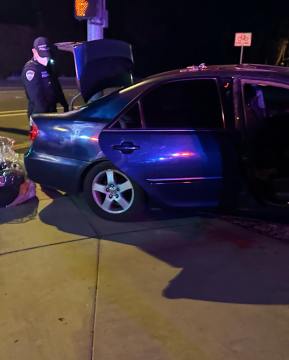 After striking the officers, the teen allegedly sped away again, continuing the pursuit until he struck rock landscaping near Farrell Drive and Mesquite Avenue, according to police. After the crash, he got out of the vehicle and jumped over a wall onto a golf course, police said.

A helicopter crew from the San Bernardino County Sheriff’s Department, along with officers from other agencies, helped search for the suspects, who were found a short time later, according to police.