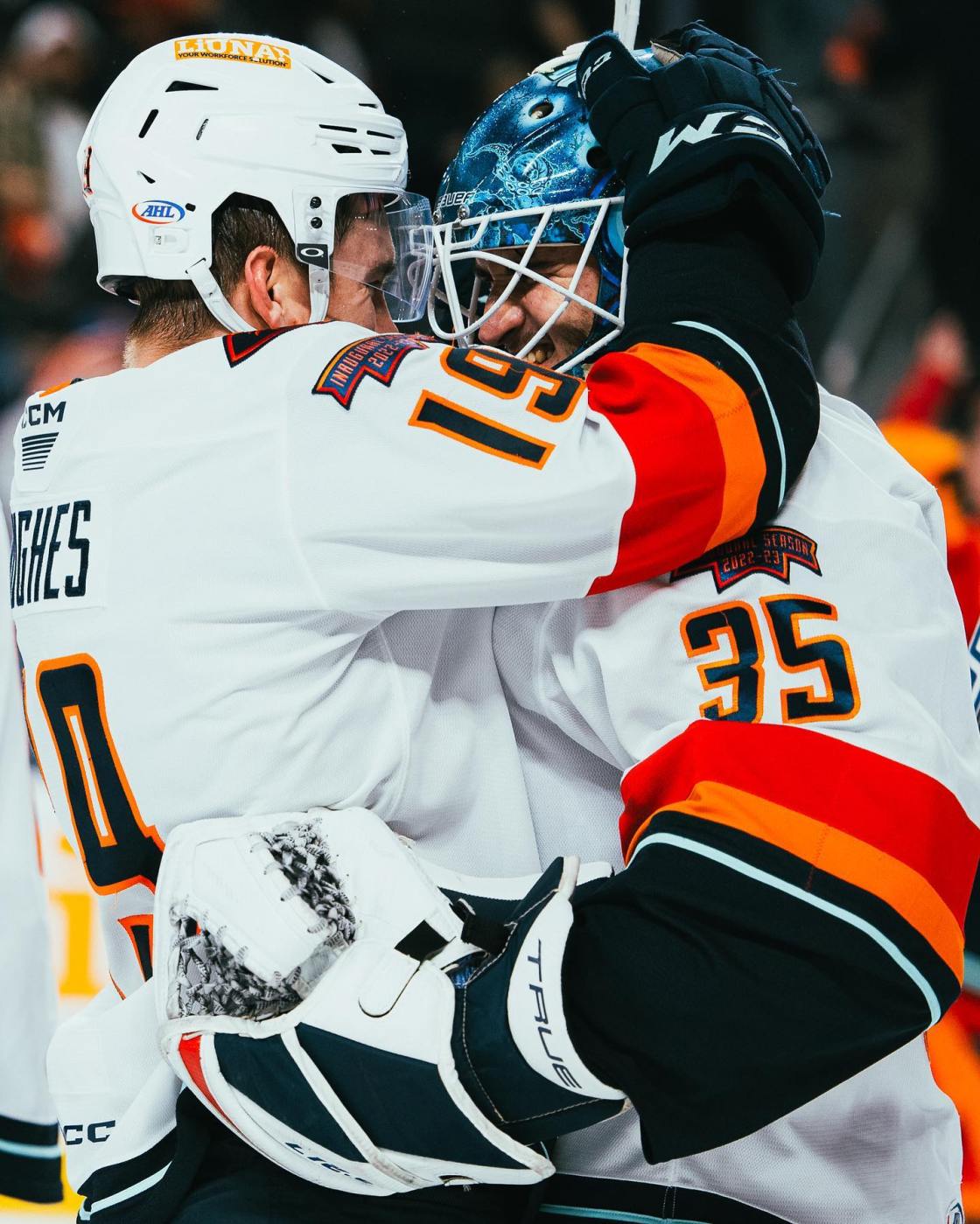 (CNS) – The Coachella Valley Firebirds were scoreless on six power-play opportunities and allowed three power-play goals in five short-handed situations in a 3-2 loss to the Tucson Roadrunners Tuesday evening in their second game at Acrisure Arena.

The Firebirds had a 3-minute power-play in the first period when Tucson center Hudson Elynuik received a major penalty for kneeing, part of six penalties for 37 minutes he and Firebirds left wing Carsen Twarynski received for their first-period fight.

The fight was Twarynski’s second of the season and first since the Oct. 16 opener against the Calgary Wranglers.

The Firebirds also had a two-man advantage for one minute, 40 seconds of the second period.

Tucson (13-9-4-0) never trailed, with Michael Carcone, the American Hockey League’s leading scorer, scoring what proved to be the game-winner on a power-play goal with one second left in the second period.

Ivan Prosvetov (9-4-2-0) stopped 31 shots, including each of the last 14, for the Roadrunners, who lost to the Firebirds, 4-3, Sunday in their opener at Acrisure Arena when they scored on three of five power plays.

Carcone opened the scoring with a power-play goal 12:02 into the first period, putting a slap shot past Joey Daccord for his 14th goal of the season for the Arizona Coyotes’ AHL affiliate.

The Firebirds tied the score nine seconds later on Kole Lind’s shot from the right faceoff circle for his 12th goal.

Tucson regained the lead 3:28 into the second period on Laurent Dauphin’s power-play goal off assists by Carcone and Nathan Smith.

The Firebirds were outshot, 34-33, despite a 10-6 advantage in the scoreless third period.

The loss ended a three-game winning streak for the Firebirds (15-6-3- 0), the Seattle Kraken’s AHL affiliate.

“That was a big win for us,” said Dauphin, who was credited with an assist on the game-winning goal along with Jean-Sebastien Dea. Dea and Smith assisted on the first goal. “We had been battling (Coachella Valley) a lot over our last games, so it was nice to get one to end the road trip.”

The game was fourth between the teams in eight days, with each team winning twice.

The Firebirds are set to resume play Thursday when they face the Henderson Silver Knights in Henderson, Nevada. The Firebirds are 2-0-0-0 against the Vegas Golden Knights AHL affiliate, with the second victory coming in a shootout.