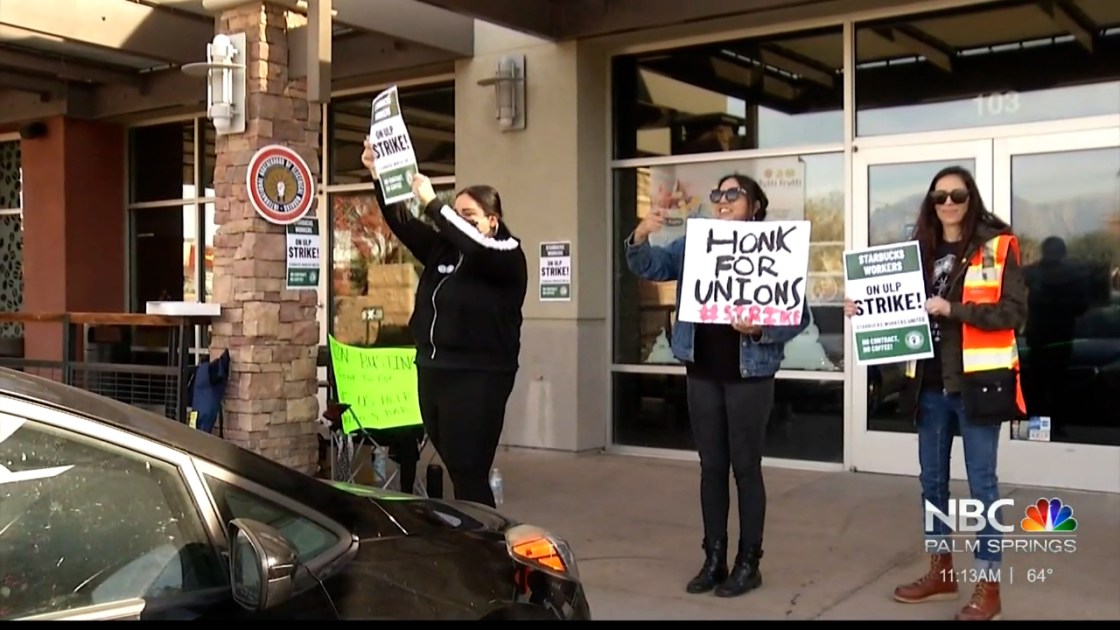 Starbucks workers in La Quinta are striking over what they say is unfair labor practices by the company.

Patrons of the Jefferson Street location were greeted by a few employees staged outside of the store with signs and rally calls to bring attention to their cause.

The workers also say the company is including unilateral changes to hours and discriminatorily denying benefit improvements that it has implemented at stores that have not yet formed a union.

The Jefferson Street store workers won their union election this past summer on June 21, 2022.

“Striking gives the power back to the workers and says we don’t have to accept hostile working environments or faulty equipment,” said Hernandez. “We demand change!”

The store will remain open and operating during these hours.

Starbucks Workers United is the union drive that has taken the labor movement by storm, with more new unions formed in 12 months than any US company in the last 20 years.

There are now over 270 Starbucks stores in 37 states that have successfully unionized and over 315 stores that have filed for union elections.