Getting to Know The Mastermind behind The Galleri Classic: Michelle Delancy 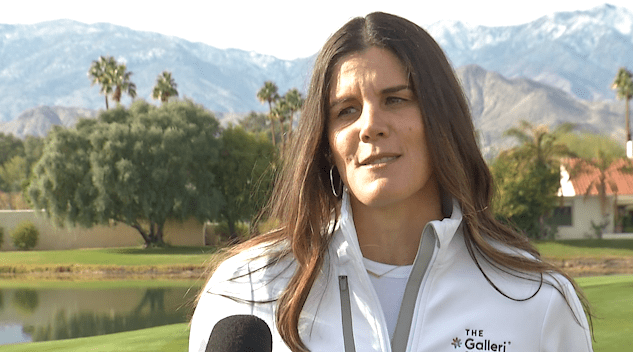 As the new year rolls in, so are new events. Among them pertain to the golf world but now it’s the PGA Tour Champions that hasn’t hosted a tournament in the Coachella Valley since 1993.

The Galleri Classic will kickstart a new beginning at the historic Dinah Shore Tournament Course at Mission Hills Country Club. And while it’s debut is still months away, it’s a tournament that’s starting from the ground up.

“They’re excited to be back and be in the valley. But a lot of them have lived here in the past or have second homes here. So to be able to come out and actually play in front of a great crowd, we’re excited for it,” says Tournament Director, Michelle Delancy.

But it’s time to refocus on the mastermind behind the inaugural tournament that’s pulling the strings to get this event on its feet.

Michelle Delancy is new to the valley, but not new to getting things started from scratch.

“So when the opportunity arose to be able to come here and start something new, like I got to be a part of in Seattle, it’s definitely a great opportunity for me.”

Delancy has been a part of getting The Boeing Classic on its feet in Seattle which began in 2005. She soon became Tournament director just four years later.

And, she’s only one of a handful women tournament directors on professional tours right now.

But now again, she finds herself in the driver’s seat — building this tournament up from scratch and this time, right in our own backyard.

And when it comes to doing it all over again, Delancy is eager to get started and continue to be part of a growing trend. “So i’m very fortunate and happy to get to be back to do it again. Women can do it just as well as men can. And so we’re seeing more and more women on the the PGA Tour Champions and on the PGA Tour which is great.”

The Champions Tour will draw some big names to the valley, like Hall of Famer Ernie Els and many who have been on the big stage for years.

With the World’s biggest names making their way, she’s excited for what lies ahead. “We’ve just been here the last couple months and the community has been very welcoming. and we’re excited to get get building and get started out here on the course but it’s been great. it’s been a fun opportunity.” 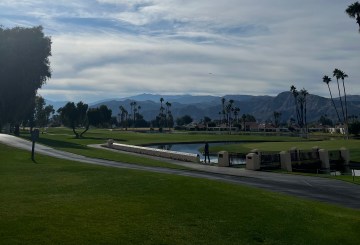 These senior golfers will compete at Dinah Shore, the former home of the LPGA’s longtime Major and iconic Poppie’s Pond. But a big question on everyone’s mind is will the famous leap become a part of this new tournament?

All in all, Delancy says she’s excited for what’s ahead and the new beginning of something special in our valley. “The feel of the tournament will be different because these guys bring so much, so much of a different game than maybe what we’d seen with the lpga in the past. We’re just excited to be in the community and give back.”