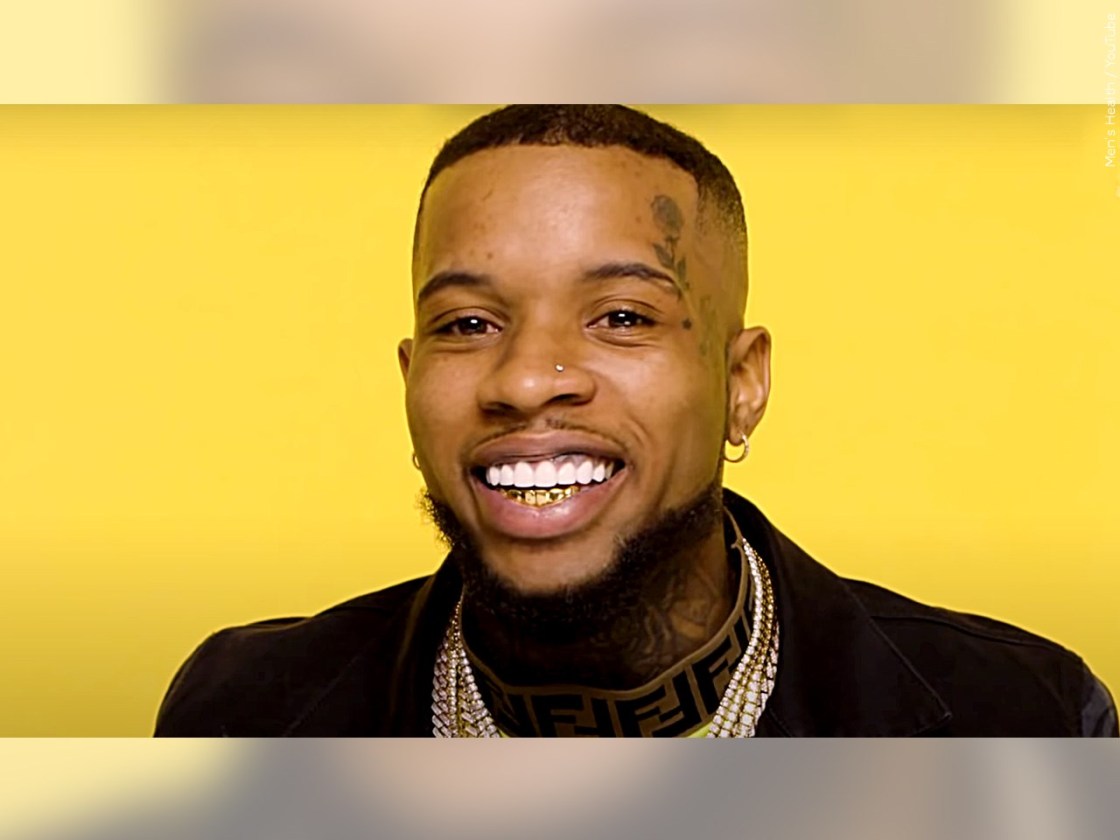 (CNS) – Rapper Tory Lanez was convicted of assault and other charges Friday for shooting fellow rapper Megan Thee Stallion in the feet during a 2020 argument in the Hollywood Hills.

On its second day of deliberations, the jury convicted of Lanez, 30, of all three charges he was facing — assault with a semiautomatic firearm, discharging a firearm with gross negligence and carrying a loaded, unregistered firearm in a vehicle. Jurors also found true allegations that he personally used a firearm and inflicted great bodily injury on Megan Thee Stallion, whose real name is Megan Pete.

Lanez — whose real name is Daystar Peterson — is scheduled to be sentenced Jan. 27.

The rapper was taken into custody immediately after the verdict was read. He was in court wearing a light pink suit with a white turtleneck.

The courtroom quickly erupted into pandemonium, with Lanez’s father standing and yelling, calling the system “wicked” and the prosecutors “evil.”

Deputy District Attorney Kathy Ta told jurors in her closing rebuttal argument that Lanez shot Megan Thee Stallion early the morning of July 12, 2020, after she “disrepected” his musical career, but defense attorney George Mgdesyan urged the jury to acquit his client, telling jurors that investigators “jumped to conclusions” and “botched” their investigation into the shooting.

Lanez’s lawyer contended that Megan Thee Stallion’s former friend and personal assistant, Kelsey Harris, was “the one who shot her friend.” He contended that Megan Thee Stallion concocted a fake story about the shooting for publicity reasons, calling her “a liar” and saying it was a “better story” to say that Lanez shot her in the feet, rather than her former friend.

Mgdesyan told jurors that it was a “case about jealousy,” saying the two women had gotten into an argument after finding out that Lanez had slept with both of them and that a neighbor reported witnessing a fistfight between the women after the vehicle stopped on Nichols Canyon Road — the latter of whose testimony jurors heard again read back by the court reporter in the jury room during their deliberations.

Lanez’s attorney questioned why Harris would have had gunshot residue on her, as a test determined that she did, if she wasn’t the person who fired the shots, and he said police failed to test her DNA to check if it could be found on the weapon.

In her rebuttal argument, the prosecutor told jurors it would have been easier for Megan Thee Stallion to accuse Harris of the shooting and that it has “cost her a lot” to accuse Lanez.

“The defendant had a bruised ego because Megan was more successful than him,” Ta said. “She’s just disrespecting his rapping … He had a massive ego and could not handle being disrespected … The defendant shot Megan.”

The prosecutor noted that Harris sent a text message within minutes of the shooting in which she wrote, “Help,” “Tory shot meg” and “911,” and that Lanez was “the only one apologizing” after the shooting.

Lanez declined Wednesday to testify in his own defense.

District Attorney George Gascón issued a statement after the verdict was read, in part praising Megan Thee Stallion for showing “incredible courage and vulnerability with your testimony despite repeated and grotesque attacks that you did not deserve.”

“Women, especially Black women, are afraid to report crimes like assault and sexual violence because they are too often not believed. This trial, for the second time this month, highlighted the numerous ways that our society must do better for women,” he said, referencing the verdict convicting former film producer Harvey Weinstein of rape.

Jurors on Thursday asked to hear testimony read back from one of the witnesses called by the defense, along with asking for “a better definition of the word `willfully’ and `on purpose,”‘ according to the court’s Communications Office. In a written response Friday morning, the judge wrote that willfully means “having a purpose or willingness to commit an act” and noted that there is “no legal definition for `on purpose.”‘

On Friday, jurors asked Superior Court Judge David Herriford on Friday to allow them to re-hear a firearm expert’s explanation about the “double action safety” on the gun, along with Megan Thee Stallion’s testimony about “contacting her team after she was shot.” But the panel withdrew the latter request after being asked by the judge to clarify what they needed.

The panel also asked for a transcript of the prosecution’s interview of key witness Kelsey Harris, whom the defense contends was the one who shot Megan Thee Stallion.

The jury announced around 2:45 p.m. that it had reached a verdict.

During the trial, Megan Thee Stallion testified that Lanez told her to “dance, bitch,” and shot her in the feet following a get-together at Kylie Jenner’s home. The entertainer said she had no doubt that Lanez fired the shots.

Megan Thee Stallion testified that Lanez offered her $1 million not to say anything and that he said he couldn’t go to jail because he was already on probation — the latter of which Mgdesyan told jurors was simply not the case.

She said she felt pain in both of her feet, but agreed to get back in the vehicle with Lanez and two other people, including Harris, after the shooting because she was wearing a thong bikini and felt like her manager would know what to do if she was able to get to him.

Megan Thee Stallion said the vehicle was stopped soon afterward by police, who ordered all of the occupants out, as her feet were still bleeding. She said she told police that she had stepped on glass when they began questioning her.

“At this time, we were at the height of police brutality with George Floyd,” she said, adding that she didn’t want to see anybody die and that it was “not really acceptable” in the Black community to cooperate with police.

Under cross-examination, the rapper said she initially had no intention of talking about what had happened and “didn’t want to be a snitch” but felt she had to “defend my name” when she saw that people were “making up things” and suggesting that she had never been shot at all.

Harris testified that she didn’t know who shot Megan Thee Stallion, didn’t want to be involved in the case and denied receiving any “hush money” from Lanez. In a recorded interview subsequently played in court, Harris can be heard telling prosecutors that she saw Lanez shooting at his fellow rapper, but said he “did not say anything.”

During cross-examination of Harris, the defense attorney asked if she was “aware that the defense theory was that you were the shooter.” Harris, who was granted use immunity to testify during the trial, has maintained that she “did not” shoot her former best friend, for whom she was working at the time as a personal assistant.