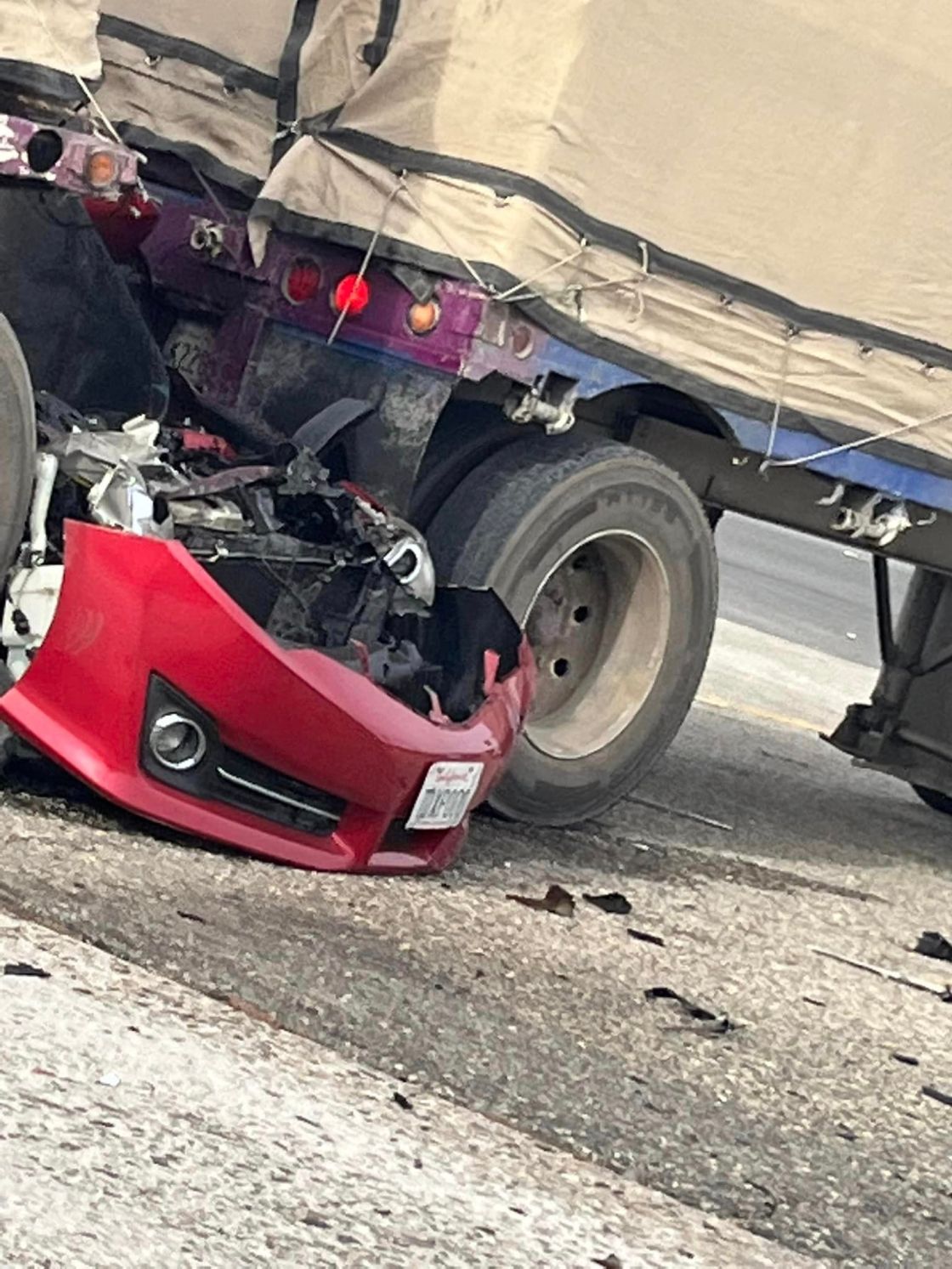 (CNS) – The California Highway Patrol Tuesday was continuing its investigation into a crash involving a big rig and a passenger vehicle in Oasis that killed a 67-year-old woman and injured three others.

The crash was reported about 2 p.m. Monday at Highway 86 and Johnson Street, according to the Riverside County Fire Department.

A Freightliner tractor, pulling two trailers, was traveling eastbound on Johnson Street and came to a stop for a stop sign at Highway 86, according to California Highway Patrol public information officer David Torres.

Torres said a Toyota was being driven southbound on Highway 86 at an unknown speed when the Freightliner proceeded straight through the intersection, directly in front of the path of the Toyota, which wound up lodged between the truck’s two trailers.

“Four people were occupying the Toyota, including the driver. All four occupants had to be extricated by the fire department,” Torres said.

The driver, a 63-year-old woman, and the right front passenger, Lucila Lopes-Romero, suffered major injuries and were taken by helicopter to Desert Regional Medical Center in Palm Springs. Lopes-Romero died on the way to the hospital.

The Toyota’s two rear occupants were taken to Desert Regional Medical Center with minor injuries. The driver of the Freightliner suffered no injuries, Torres said.

The CHP’s Indio Area office urged anyone with any information regarding the crash to call investigating officer Windsor at 760-772-5300.