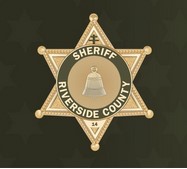 Newly released body cam footage shows the moments before a deputy shot and killed a Cabazon man in November.

On Tuesday, the Riverside County Sheriff’s Office released video as the case is now headed to the District Attorney’s office.

The deputy involved shooting happened after a traffic stop on Carmen Avenue, west of Rafael Street in Cabazon around 3:30 p.m. on Nov.12.

Authorities say the suspect, identified as 38-year-old Kenneth Scott Wallis, was riding a bicycle on the wrong side of carmen avenue, and according to Sheriff Chad Bianco was known to the deputy to have an active felony arrest warrant.

The Cabazon Sheriff Station Deputy – whose name has not been released – stopped Wallis.

The body cam footage shows Wallis get off his bike after being approached by the deputy.

“Do you have a weapon?” the deputy asked.

Wallis responded, “I do.”

Wallis admits to having a weapon, but does not say what it is. He then begins reaching down to put the bicycle’s kickstand down. The deputy tells Wallis to keep his hands out of his pockets,  and pulls out his gun when Wallis does not appear to comply.

That’s when things escalate. Wallis then gets back on his bike and attempts to leave, but the deputy runs after him and pushes him off. The two begin circling each other. The deputy pulls out his baton while holding Wallis at gunpoint. Meanwhile – Wallis goes into his pockets.

Moments later, the video shows Wallis pull and wave what appears to be a knife before the deputy fires several rounds.

Paramedics pronounced Wallis dead on the scene. The deputy was not injured and was placed on paid administrative leave.