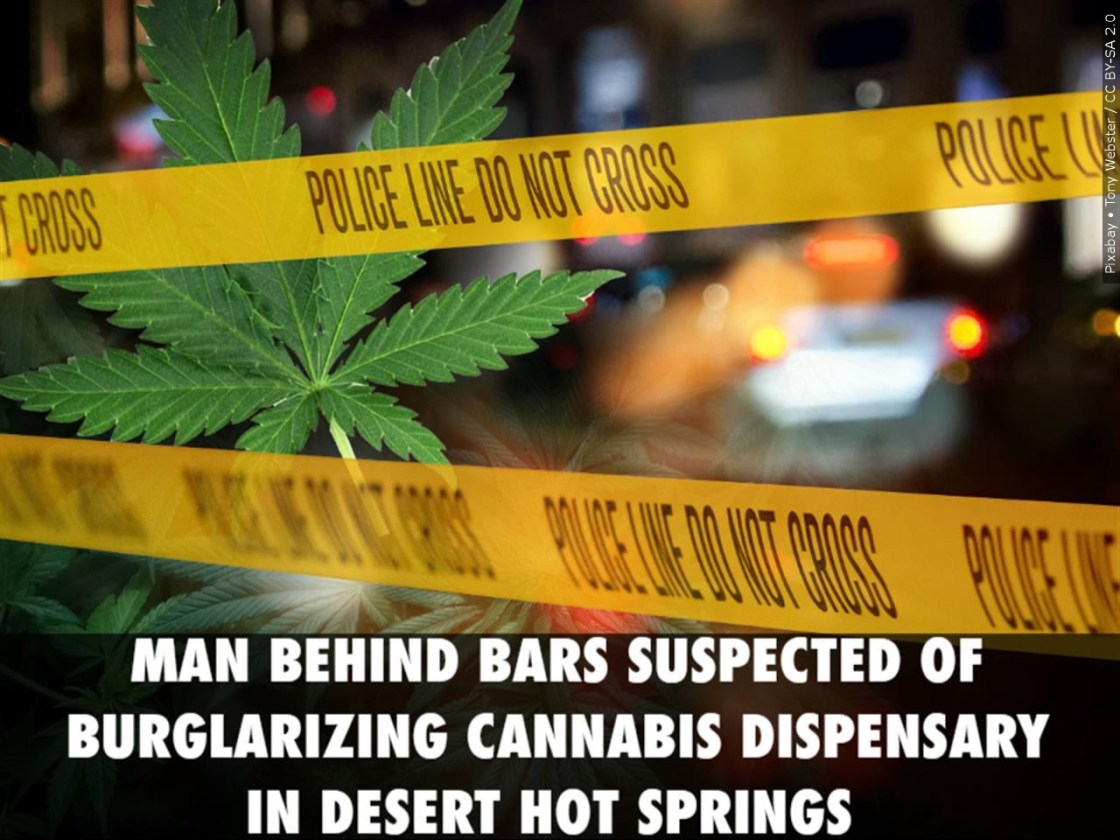 (CNS) – A 28-year-old man was behind bars Wednesday on suspicion of burglarizing $2,000 worth of products from a Desert Hot Springs cannabis dispensary.

Aircey Demon Whitehurst of Hemet was arrested Monday morning in San Jacinto on suspicion of burglary and being a felon and gang member in possession of a firearm, according to Detective Sgt. Christopher Saucer from the Desert Hot Springs Police Department.

Saucier said officers responded at 3 a.m. Dec. 18 to a commercial burglary alarm at a retail cannabis business in the 66200 block of Pierson Boulevard.

When officers arrived, three men fled from the scene on foot and a pursuit ensued, according to Saucier. Following the pursuit, Ronald Lee Beverette, 20, of Perris, was taken into custody, but the two other suspects evaded arrest.

Beverette was booked into the Larry D. Smith Correctional Facility in Banning, but was released on a $25,000 bail bond the same day, according to inmate records. He’s expected to make his first court appearance on Jan. 27, 2023.

With two suspects at large, police department detectives identified a gray Dodge sedan as the suspect vehicle, Saucier said. Detectives pulled over the vehicle at 10:40 a.m. Monday near North Sanderson Avenue and Ramona Expressway in San Jacinto, where they detained Whitehurst and a woman from Hemet, according to Saucier.

Saucier said detectives served a search warrant on the vehicle and allegedly found a loaded handgun and about $2,000 worth of stolen product from the burglary.

The handgun was allegedly reported stolen in a recent residential burglary, according to Saucier.

Whitehurst was booked into the Larry D. Smith Correctional Facility in Banning, where he was being held on $1 million bail, according to inmate records.