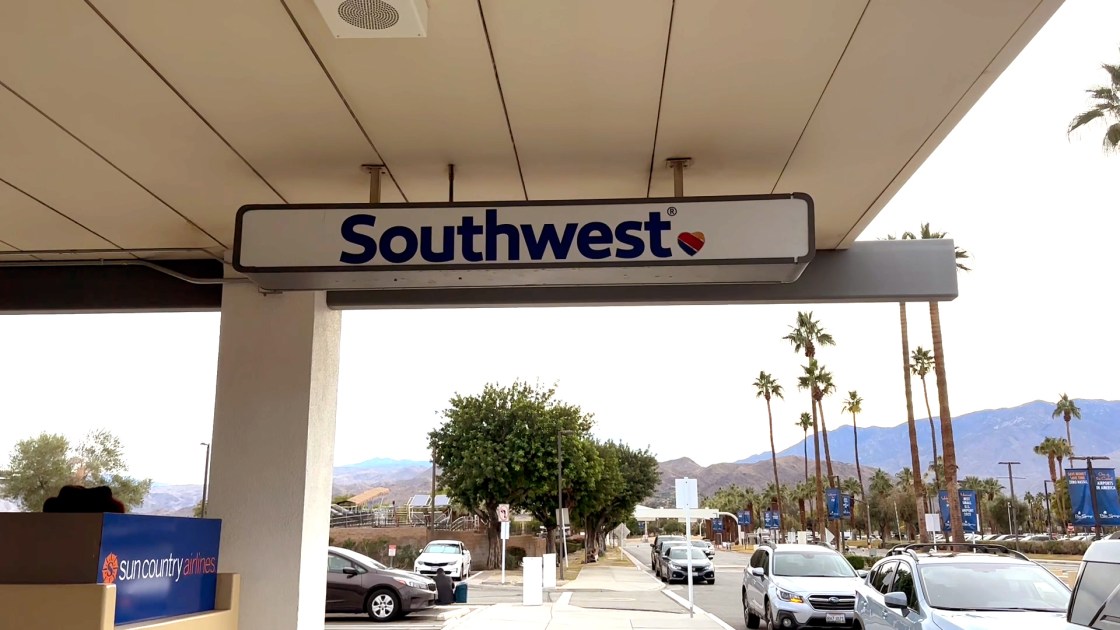 (CNS) – Southwest Airlines has canceled more than 2,500 flights nationwide Wednesday as it grapples with a holiday travel boondoggle that U.S. Transportation Secretary Peter Buttigieg called a complete meltdown by the airline.

Southwest Airlines is not the only air carrier facing problems with staying on schedule and providing passengers with flights in and out of Southern California airports. But of the 2,714 flights canceled nationwide for Wednesday as of 12:15 p.m. Tuesday, 2,504 of them were Southwest flights, according to the flight tracking website FlightAware. The website showed another 2,356 flights were canceled for Thursday.

Thousands of Southwest Airlines passengers remained stranded Tuesday across Southern California as the airline’s winter woes worsened, leading to canceled and delayed flights throughout the nation.

As of Tuesday evening, the airline had canceled nearly 2,700 flights nationally, including several from Palm Springs International Airport and other airfields across Southern California, according the tracking website FlightAware.

At PSP, eight departing Southwest flights had been canceled by Tuesday evening, with 27 others delayed.

Stranded passengers were left with few alternatives, with the Southwest Airlines’ website listing all flights departing from Southern California as “unavailable” through Saturday.

“With consecutive days of extreme winter weather across our network behind us, continuing challenges are impacting our customers and employees in a significant way that is unacceptable,” according to a Southwest statement. “We are working with safety at the forefront to urgently address wide-scale disruption … And our heartfelt apologies for this are just beginning.”

Airline officials said Southwest was flying roughly one-third of its normally scheduled flights. In a video posted online Tuesday afternoon, Southwest Airlines CEO Bob Jordan said that cadence would continue through the week as it works to reposition its crews and airplanes.

“We’re doing everything we can to return to a normal operation,” he said.

“… We always take care of our customers and we will lean in and go above and beyond as they would expect us to,” he said. “… Our plan for the next few days is to fly a reduced schedule and reposition our people and planes, and we’re making headway and we’re optimistic of being back on track before next week. We have some real work to do in making this right.”

Although the airline has continued to blame winter weather for the problems, some industry watchers have suggested that aging scheduling software played a major role in the delays.

Jordan again blamed the “bitter cold” for the problems, but also acknowledged that the airline needs to make improvements in its scheduling systems “so that we never again face what’s happening right now.”

Officials with the U.S. Department of Transportation issued a statement calling the Southwest situation “unacceptable.”

Jordan said in his video that he has reached out to U.S. Transportation Secretary Pete Buttigieg to discuss the steps the airline has taken to rectify the issues.

Southwest Airlines said it was fully staffed late last week and prepared for the approaching Christmas weekend when severe weather swept across the continent.

“On the other side of this, we’ll work to make things right for those we’ve let down,” the airline stated.