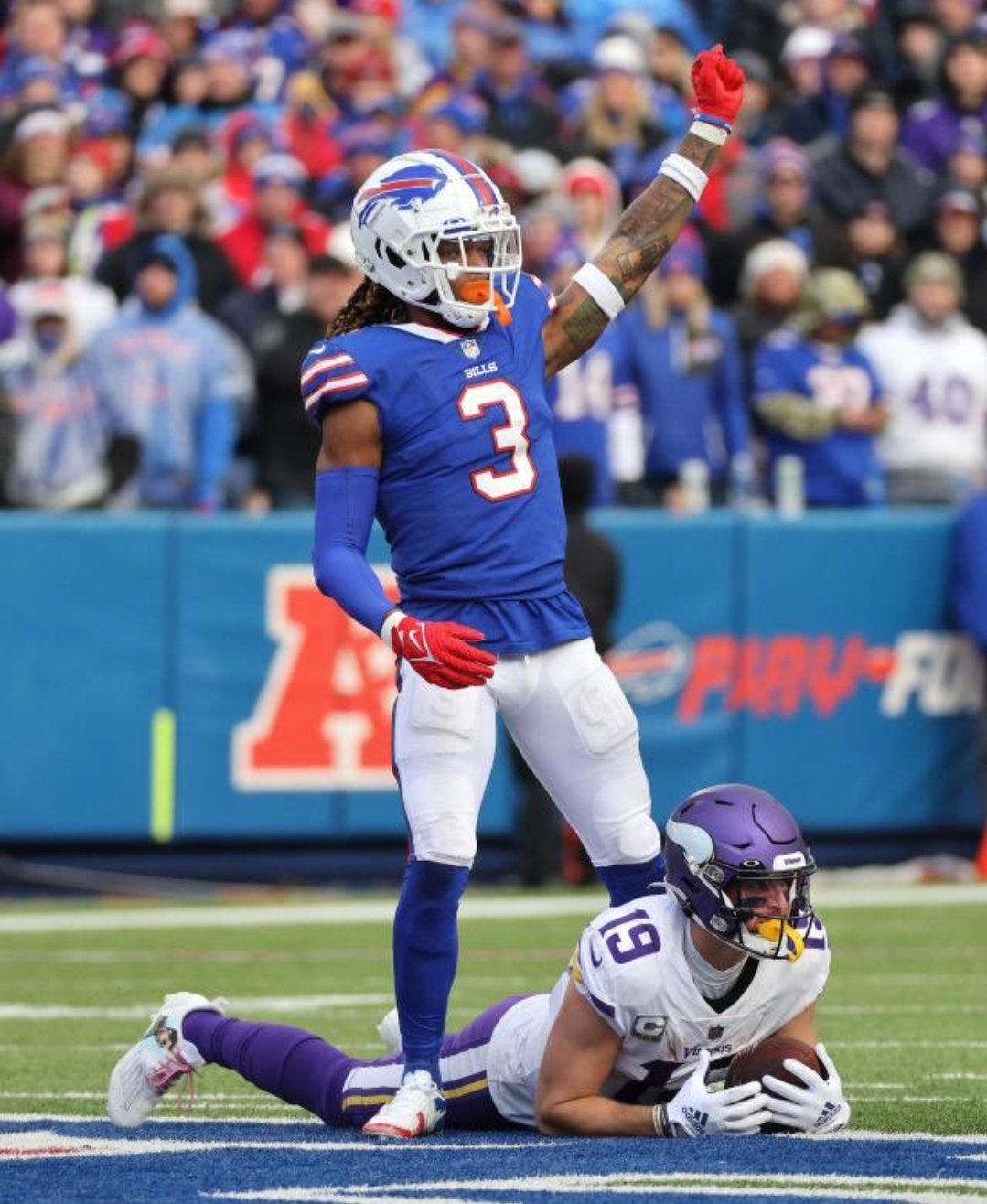 (CNN) — Buffalo Bills safety Damar Hamlin is in critical condition after collapsing on the field during the first quarter of Monday night’s game between the Bills and Cincinnati Bengals, the NFL said in a statement.

Hamlin fell on his back just moments after getting up from an open field tackle of Bengals wide receiver Tee Higgins.

Within ten seconds of the collapse, Bills team trainers were treating the player. An ambulance was brought onto the field in less than five minutes, footage shows, and he was administered CPR, according to an ESPN broadcast.

“Hamlin received immediate medical attention on the field by team and independent medical staff and local paramedics. He was then transported to a local hospital where he is in critical condition,” the NFL said. The league declined to provide an update or further details on Hamlin’s condition during a late-night call with reporters.

The game has been postponed due to Hamlin’s medical emergency, NFL Commissioner Roger Goodell announced in the statement. The game was stopped at 5:58 of the first quarter.

The NFL and the NFL Players Association agreed to postpone the game, the NFL statement said. NFL executive vice president of operations Troy Vincent, who played in the league for 15 seasons, said in the press call that neither of the teams’ coaches or players asked to continue playing.

The thoughts and prayers of all of Bills Mafia are supporting you, Damar. 🙏 pic.twitter.com/lDWNAOEPX4

“I’ve never seen anything like it since I’ve been playing,” Vincent said. “So immediately, my player hat went on. How do you resume play after you’ve seen such a traumatic event occur in front of you in real time?”

CNN has reached out to the Bills for comment.

Some of Hamlin’s teammates decided to stay in Cincinnati while the rest of the team travels back to Buffalo Tuesday morning, Vincent said.

Hamlin has played every game this season. The 24-year-old Pennsylvania native joined the Bills in 2021 as a sixth-round draft pick after playing for the University of Pittsburgh in the 2016-20 seasons.

According to his Pittsburgh Panthers player bio, he was redshirted — meaning he sat out on games while remaining on the team — in 2016 due to injury. The NFL site added that he also missed time due to injuries in 2017 and 2019.

The NFL Players Association tweeted Monday night that the organization and “everyone in our community is praying for Damar Hamlin.”

“We have been in touch with Bills and Bengals players, and with the NFL. The only thing that matters at this moment is Damar’s health and well being,” the players association said.

“It’s definitely the right call,” he said after the Lakers game against the Charlotte Hornets Monday night, adding, “The safety of players in all sports is always the most important. It was a terrible thing to see.”

“My thoughts and super prayers go up to the skies above for that kid’s family, for him, for that brotherhood of the NFL, and everybody who’s a part of the NFL family,” James said.