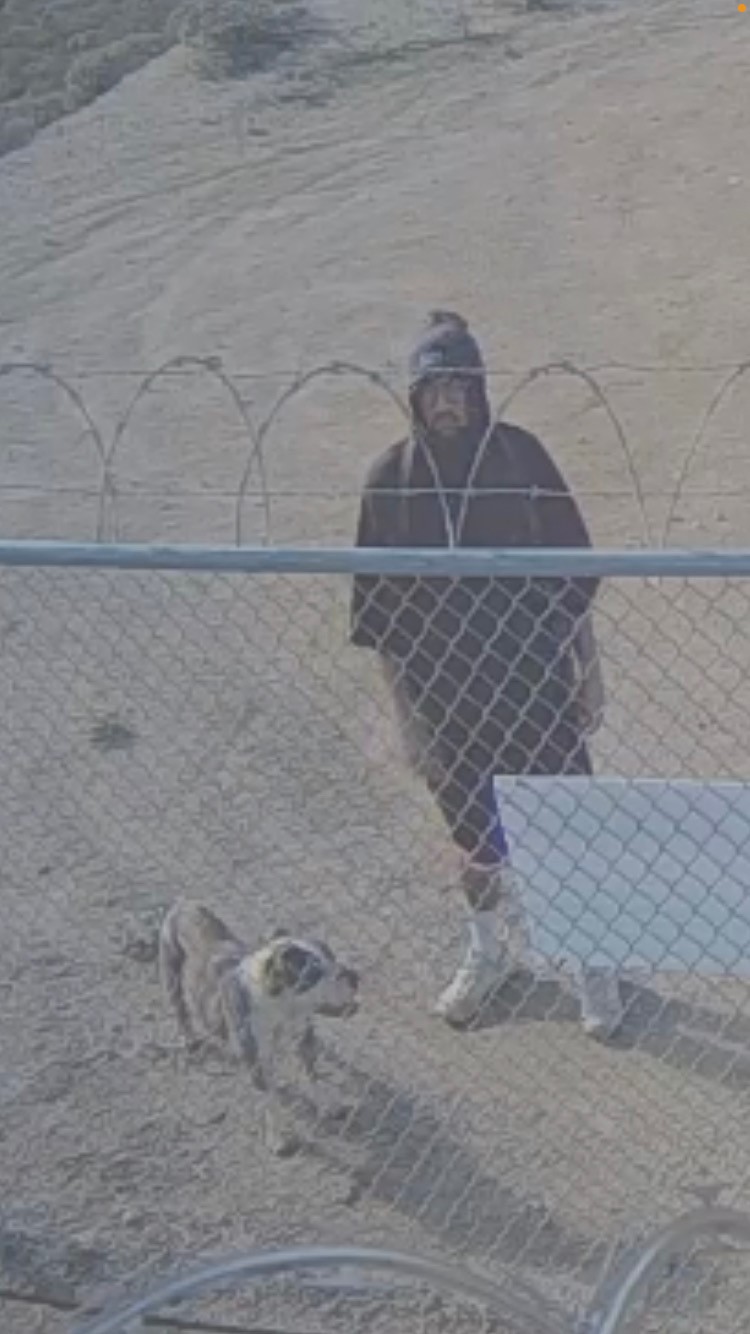 (CNS) – Animal cruelty charges will be sought against a man suspected of hurling his dog over a razor-wire security fence at a cell phone tower in Winchester, leaving the canine inside the enclosure, where it was found dehydrated but not seriously injured, authorities said Wednesday.

“We’re now moving forward with seeking the arrest warrant because this person needs to be held accountable for such a horrible act of willful abandonment,” Riverside County Department of Animal Services Commander Josh Sisler said.

Robert Ruiz Jr., 30, of Temecula allegedly took his 8-year-old pit bull mix, “KO,” to a hilltop mobile phone tower near Flossie Way and Pourroy Road on Dec. 15, hurling the canine over the security fence, after which KO was trapped on the tower property, without food, water or shelter.

Department of Animal Services spokesman John Welsh said that, fortunately, tower maintenance workers arrived at the location within a couple of hours and found KO dehydrated and leaking mucus from both his eyes, but otherwise OK.

“It’s a small miracle the dog did not suffer serious injuries from the razor wire, or from such a high drop,” Sisler said.

A security surveillance camera at the cell tower captured the act of abandonment. The videotape be viewed here: https://www.youtube.com/watch?v=NQMZEVtEwbo .

Sisler said that the evidence points to Ruiz as the person seen on the video, throwing KO inside the enclosure.

The maintenance crew provided the pit with water — he gulped down three bottles — and comfort until an animal control officer reached the site and transported him to the Western Riverside County Animal Shelter in Jurupa Valley, according to Welsh.

He said that KO required treatment for the discharge from his eyes, with the right one in the worst condition. There was no word on what caused the ailments.

Efforts to contact Ruiz in the previous two weeks have been futile, according to Welsh.

He said that the suspect’s phone will not allow incoming calls, and he has since left his last known address in Temecula.

KO was re-christened “Ken” by shelter staff, and the dog is up for adoption, though he may be transferred to one of the county’s nonprofit partners for additional care and help finding a suitable home, Welsh said.