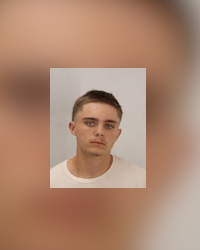 (CNS) – An Indio man accused in connection with the armed robbery of a person who responded to an advertisement of an Xbox gaming console for sale pleaded not guilty Wednesday to felony charges.

Brian Lee Craig, 19, was charged with five felonies — two counts of possession of controlled substances for sale and one each of robbery, possession of an assault weapon, and armed criminal action, according to court records.

He pleaded not guilty to all counts Wednesday afternoon at the Larson Justice Center in Indio.

Sheriff’s deputies met with an unidentified person at 7:52 p.m. Thursday who was robbed at gunpoint, according to Sgt. Travis Mountz from the Riverside County Sheriff’s Department. Craig and two other unidentified suspects allegedly met the victim at an unspecified location in Indian Wells to sell the gaming console.

Mountz said that when the driver of the vehicle carrying the suspects received the money from the victim, who had apparently gotten into the vehicle, a suspect in a rear passenger seat loaded a short-barrel rifle.

“The suspect then pointed the gun at the victim and told him to get out of the vehicle before he shot him in the head,” Mountz said. “The victim complied and exited the vehicle.”

After the suspects fled the scene, deputies found the suspect vehicle at a gas station near the 8400 block of Indio Boulevard, according to Mountz. Craig was the only occupant of the vehicle.

Craig was booked into the John J. Benoit Detention Center in Indio, where he remains held on $500,000 bail.

The investigation was ongoing, Sgt. Deirdre Vickers from the Riverside County SHeriff’s Department told City News Service Wednesday morning. No information was released on the other two suspects, who are still at large.

Anyone with information on the robbery was asked to call Deputy John Mitroff with the department’s SET at 760-285-0615.