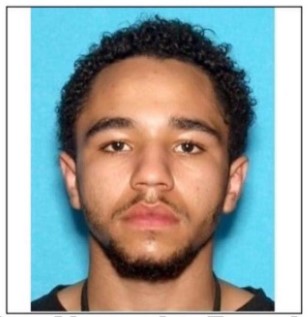 (CNS) – A 22-year-old man accused of gunning down two people and seriously wounding a third during an attack near Interstate 10 in Banning was charged Wednesday with two counts of first-degree murder and one count of attempted murder.

Along with the murder and attempted murder counts, Francisco is facing a special circumstance allegation of taking multiple lives in a crime, as well as sentence-enhancing gun and great bodily injury allegations.

The defendant made his initial court appearance Wednesday before Riverside County Superior Court Judge Mark Singerton, who appointed him a public defender and scheduled his arraignment for Jan. 18 at the Banning Justice Center.

Francisco is being held without bail at the nearby Smith Correctional Facility.

According to the Banning Police Department, Francisco allegedly shot the three victims shortly before 5 p.m. Dec. 28 in a non-residential area less than a quarter-mile north of I-10.

Police did not provide information on the possible circumstances, or a motive, saying only that the victims were part of a group gathered at the location.

After the gunfire erupted, witnesses called 911, and patrol officers converged on the scene, from which the shooter had fled, authorities said.

One victim, identified in court documents only as “Michael G.,” was pronounced dead by paramedics. The other two victims were taken to Riverside University Medical Center in Moreno Valley with life-threatening wounds. One of the patients, identified in documents as “Mayra G.,” died at the hospital Wednesday night, according to police.

The third victim, whose identity was not disclosed, was in stable condition Wednesday.

Detectives quickly developed leads pointing to Francisco as the alleged perpetrator, and a multi-agency search was initiated, netting results about 4 p.m. Friday, when Banning patrol officers took the defendant into custody without incident on East Ramsey Street.

Francisco has no documented prior felony or misdemeanor convictions in Riverside County. His only listed offenses are for being an unlicensed driver and speeding last March. Both were infractions, resulting in fines.