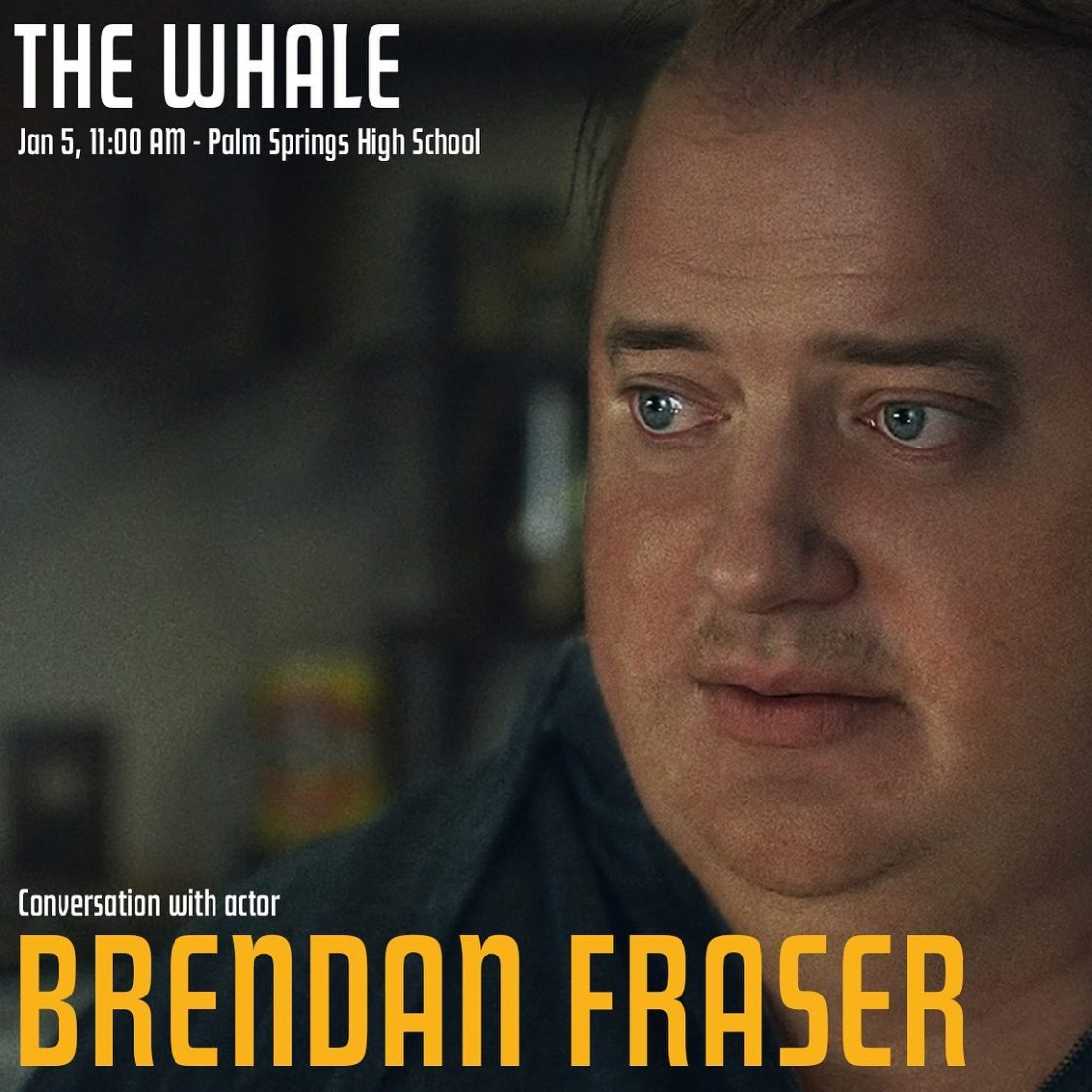 A screening of the film will be shown at 11 a.m. at Palm Springs High School, 2401 East Baristo Road, according to film festival officials. Tickets for the screening are sold-out.

“Fraser demonstrates his impressive talent in Darren Aronofsky’s powerful adaptation of `The Whale,”‘ festival chairman Harold Matzner said in a statement. “Fraser gives an extraordinary and haunting performance that paints a vivid portrait of our inability to escape our own sadness.”

In “The Whale,” Fraser plays an obese English teacher attempting to reconnect with his estranged teenage daughter while also confronting his long- buried traumas and an unspoken love.

“For this award-caliber performance, it is our honor to present the Spotlight Award, Actor to Brendan Fraser,” Matzner said.

Fraser previously appeared in films including “Mummy,” “GI Joe: The Rise of the Cobra,” “George of the Jungle” and “Journey to the Center of the Earth.”

The film awards ceremony, co-hosted by Kevin Frazier and Nischelle Turner from “Entertainment Tonight,” will be held at the Palm Springs Convention Center, 277 N. Avenida Caballeros, on Jan. 5.