Two-Mile Procession Planned Ahead of Funeral for Fallen Deputy Friday 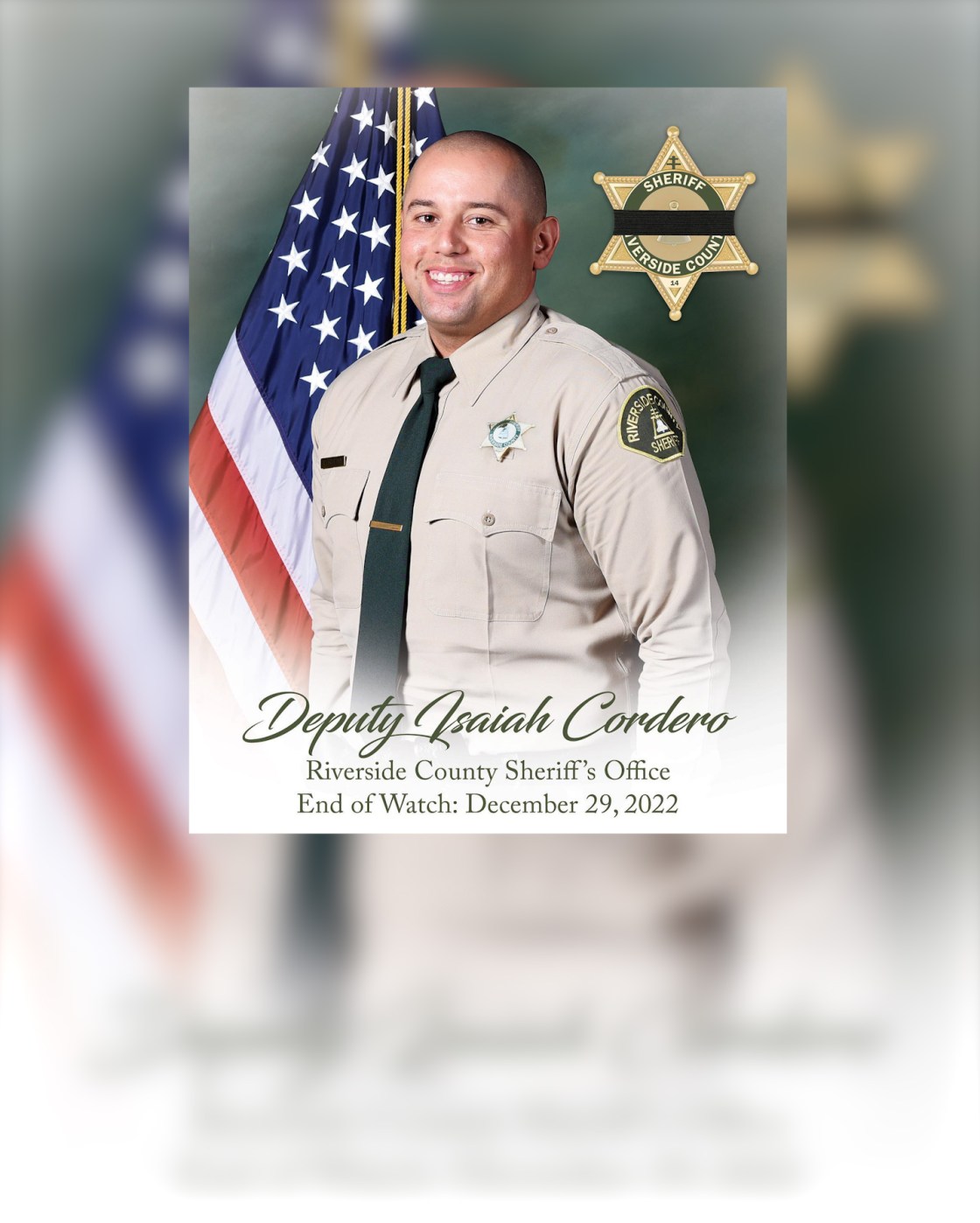 (CNS) – A roughly two-mile procession bearing the coffin of a fallen Riverside County sheriff’s motorcycle patrolman is planned Friday ahead of a memorial service in west Riverside, and officials welcomed the public to participate, lining the route to pay final respects.

The procession route is as follows: eastbound on Magnolia Avenue to Madison Street, then northbound on Madison to Arlington, westbound on Arlington to the church parking area on Urban Street.

The hearse will be escorted by dozens of law enforcement vehicles, moving at a slow pace. Traffic will be halted as the procession makes its way to the church, but no street closures have been announced.

“Members of the public are welcome to line the streets in support,” according to a sheriff’s statement.

The memorial service is scheduled for 11 a.m. and will be followed by a private burial at an undisclosed location.

According to Harvest, the service  will be livestreamed via the church’s portal: http://www.harvest.church. The service additionally will be broadcast via the sheriff’s social media pages — Facebook and YouTube — as well as the agency’s main website: http://www.riversidesheriff.org.

A “Help A Hero” fundraiser for his loved ones topped $100,000 on Wednesday. The original goal was exactly that amount, prompting the page sponsor, the Riverside County Deputy Sheriff Relief Foundation, to establish a new goal of $200,000. The fundraiser will expire in March. The page is at https://helpahero.com/campaign/deputy-isaiah-cordero.

Cordero was killed about 1:45 p.m. on Dec. 30 in the 3900 block of Golden West Avenue, near Rathke Drive. The gunman died two hours later in a freeway gunfight with deputies.

Cordero began his career as a correctional deputy, working the county jails from 2014 to 2017. He attended the sheriff’s academy again in 2018 to serve as a patrol deputy and was eventually accepted onto the motor unit, where he worked as a patrolman in Jurupa Valley from September to December 2022.

Bianco said Cordero stopped 44-year-old William S. McKay of San Bernardino, a three-strike felon, for reasons still under investigation but likely related to irregularities with the black pickup he was driving.

Bianco alleged that McKay fired at law enforcement officers as they surrounded him. They returned fire and killed him, the sheriff said.

The deputy is survived by his parents, Gilbert and Rebecca Cordero, along with an older stepbrother.