Two Injured in Explosion After Gas Leak in Coachella 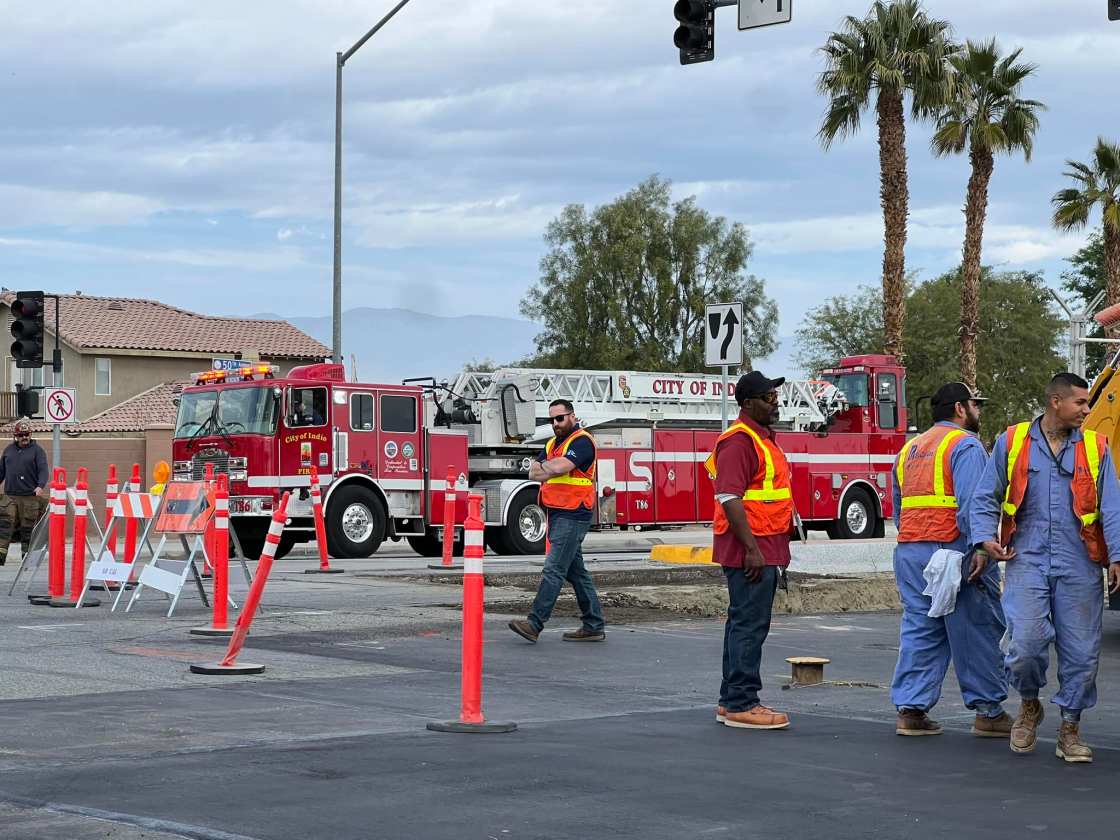 (CNS) – Two people were injured Monday following an explosion under an electric vault that was triggered by an underground natural gas leak in Coachella, authorities said.

Fire crews responded to the gas leak near Avenue 50 and Calhoun Street around 10 a.m. Monday, according to the Riverside County Fire Department.

Fire officials said there was an explosion under an electrical vault and that two unidentified people were injured. They were taken to a hospital with moderate injuries.

The county fire and sheriff’s departments were on the scene with SoCalGas and the Imperial Irrigation District.

The Riverside County Environmental Health and HazMat teams were also called to the scene.

Avenue 50 and Calhoun Street were closed, and a one-mile radius was secured as crews mitigated the hazard.