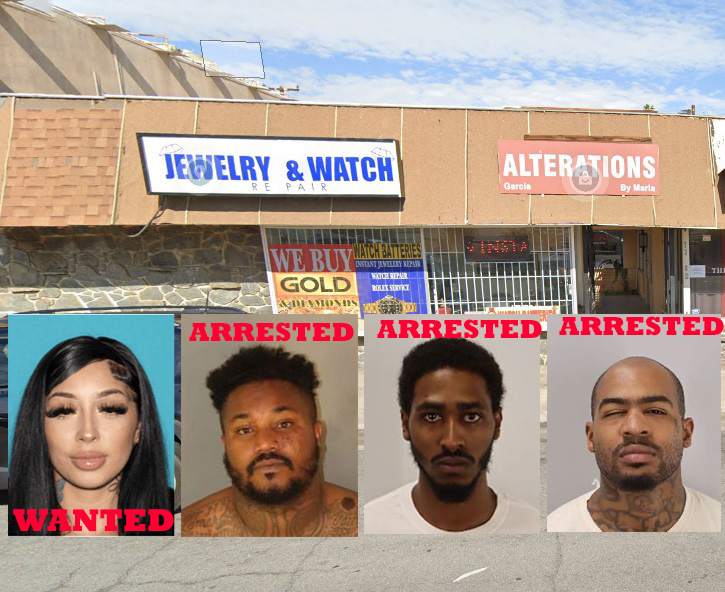 Ortega, Demetrius Thornton, Rayjon Thornton and King were each charged with two felony counts, one each of robbery and assault with a deadly weapon to cause great bodily harm, according to court records. King was additionally charged with one felony count of being a convicted felon and narcotic addict in possession of a firearm.

King and Rayjon Thornton pleaded not guilty to all charges Tuesday morning at the Larson Justice Center in Indio, according to court records. Demetrius Thornton is set to be arraigned Jan. 20.

Milbrandt said three suspects entered the store in the 73200 block of Highway 111 in Palm Desert and held the owner at gunpoint before stealing jewelry and fleeing the store.

It was unclear which three suspects are accused of entering the store. The victim was listed in court documents only as “Salvador G.”

King remains held on $1 million bail at the Southwest Detention Center in Murrieta, according to inmate records. Rayjon Thornton was being held without bail at the Larry D. Smith Correctional Facility in Banning.

Demetrius Thornton has a bench warrant of $50,000 for his arrest, according to court records.

No defendants have any listed felony convictions in Riverside County.