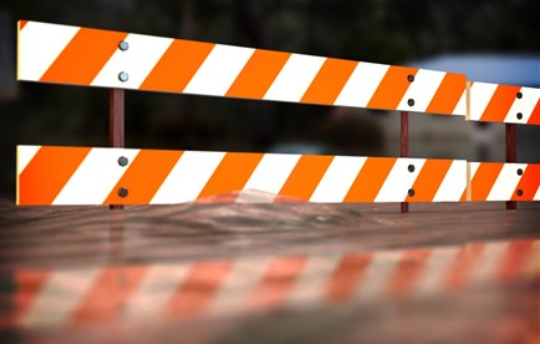 (CNS) – Multiple roads throughout unincorporated areas of Riverside County were closed because of mud, wash-out damage, standing water and other hazards stemming from the weekend-long storm activity, officials said Monday.

According to the Riverside County Transportation Department, Bridge Street, from a half-mile north of the Ramona Expressway to just south of Gilman Springs Road, in Lakeview remains flooded and is shut down on both sides.

Standing water began collecting along the corridor early last week when a storm system swept the region, and the problem worsened over the weekend, according to county officials.

Bautista Road, between Fairview Avenue in Hemet and the Cal Fire Conservation Camp to the south, was shut down Saturday amid heavy rains that left parts of the roughly 9-mile corridor caked with mud and other debris, officials said.

More than half of the road is within the San Bernardino National Forest.

The westbound side of Devonshire Avenue, between Myers Street and Warren Road, just west of Hemet, was also closed Saturday due to storm damage.

According to transportation officials, Whitewater Canyon Road north of Interstate 10 in Whitewater was shut down Sunday because of flooding and other hazards.

Lastly, Elm Steet, between Bonita Avenue to the north and Adele Avenue to the south, was closed in Cabazon because of storm damage Sunday, according to the transportation department.