Lisa Marie Presley’s cause of death deferred by coroner 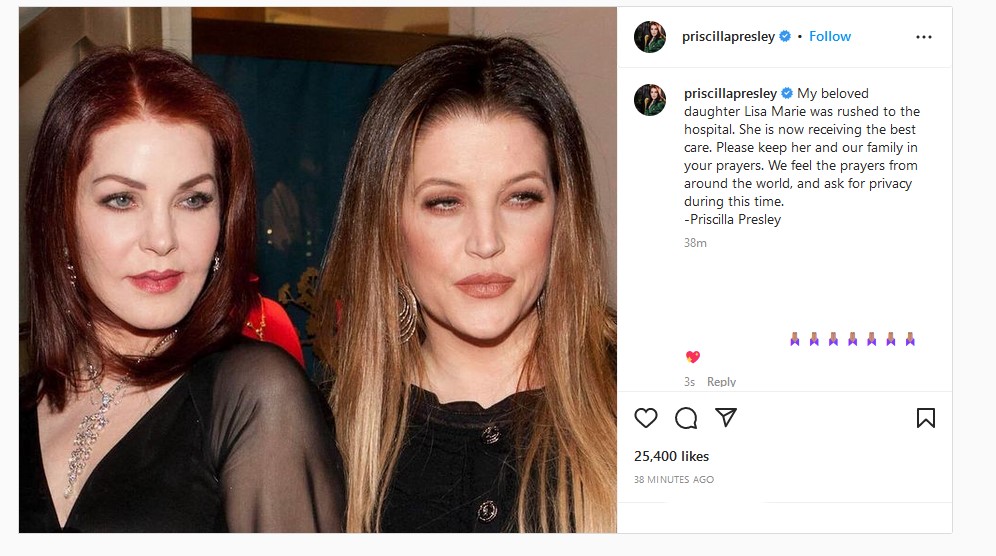 (CNN) — Lisa Marie Presley’s cause of death has not yet been determined after an initial autopsy examination, according to the Los Angeles County Coroner.

“Presley was examined on Jan. 14 and the cause of death was deferred. Deferred means that after an autopsy, a cause of death has not been determined and the medical examiner is requesting more investigation into the death, including additional studies. Once the tests/studies come back, the doctor evaluates the case again and makes the cause of death determination,” Sarah Ardalani, spokesperson with the LA County Dept. of Medical Examiner-Coroner told CNN.

The singer and songwriter died last week after being hospitalized following an apparent cardiac arrest.

A public memorial for Presley has been planned at Graceland in Memphis, Tennessee on January 22, according to a statement on Graceland’s website.

“In lieu of flowers, the family encourages all who wish to send something to do so in the form of a donation to The Elvis Presley Charitable Foundation,” a notice on the site reads.

The Elvis Presley Charitable Foundation supports arts, education and efforts on behalf of children in the Memphis area.

Elvis Presley purchased the estate in 1957 when he was just 22 years old.

He died in the mansion from cardiac arrest in 1977 and is buried on the grounds of Graceland, which is now a museum and a popular tourist attraction. Lisa Marie Presley will be buried there as well, alongside her son Benjamin Keough, who died by suicide in 2020 at the age of 27.

The Graceland estate was held in trust for Lisa Marie Presley, the only child of Elvis and Priscilla Presley, until her 25th birthday.

“Lisa Marie Presley became more closely involved with the management team of The Elvis Presley Trust and its business entity, Elvis Presley Enterprises, Inc.(EPE), of which she was owner and Chairman of the Board until February 2005 when she sold a major interest in the company,” according to the Graceland website.

Over the weekend, grief expert David Kessler shared a photo of himself and Presley on his verified Instagram account, writing that she had asked him to accompany her to Memphis for an 88th birthday celebration for her late father days before her death.

“She had countless invites for the weekend, but for her, there were only three important ones: being at her father’s birthday celebration, spending time at her son and father’s grave after the tours left Graceland, and meeting with a recently bereaved mother,” Kessler wrote.

Presley was active in helping others deal with their grief, he wrote, including co-hosting grief groups with him at her home for other bereaved parents.

Kessler wrote that their time visiting Graceland was “so much fun and she was optimistic” and that “Graceland was her happy place and the employees who all knew her shared that she was looking so much better.”

“She looked more at peace and was so proud of the Elvis movie. Saturday night we sat at the graves of her father and son,” he wrote. “We talked about the heartbreak she grew up with and the more recent devastation of her son’s death. She showed me where she would be buried someday. I said a long time from now …and she said yes, I have so much to do.”

Presley is survived by her three daughters, actress Riley Keough and twins Finley and Harper Lockwood. A rep for Graceland confirmed to People that they will inherit the estate.