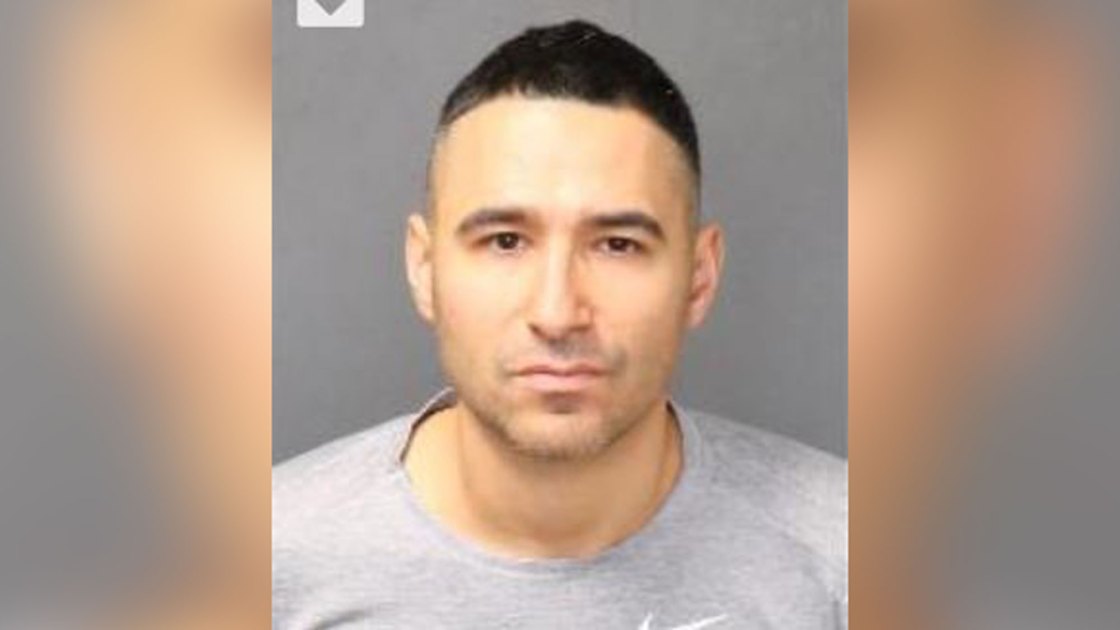 (CNN) — An unsuccessful Republican candidate for state office in New Mexico who attributed his defeat to a “rigged” election is accused of masterminding a series of shootings targeting the homes of elected Democrats.

Solomon Peña, who lost his 2022 run for state House District 14, was arrested Monday by Albuquerque police for allegedly paying and conspiring with four men to shoot at the homes of two state legislators and two county commissioners in December and January, authorities said. No one was injured but investigators said Peña intended to cause serious injury or death.

CNN has reached out to Peña’s campaign website for comment and has been unable to identify his attorney.

Here’s what we know about Peña:

After losing the November election and before the recent shootings, Peña approached a legislator and some county commissioners at their homes, uninvited, with paperwork he claimed showed fraud was committed in the vote, according to police.

Barboa was one of those officials. Shots were later fired at her home on December 4, police said.

“He came to my house after the election. … He was saying that the elections were fake … really speaking erratically. I didn’t feel threatened at the time, but I did feel like he was erratic,” Barboa told “CNN This Morning” on Tuesday.

Peña, who got 26% of vote, tweeted he ‘never conceded’ the election

Peña lost his race to Democratic state Rep. Miguel Garcia 26% to 74%. A week later he tweeted he “never conceded” the race and was researching his options.

In the mid-November tweet, Peña mentioned former President Donald Trump, whose falsehoods about election results, principally among Republicans and usually without proof, have exploded nationwide since he lost his reelection bid and began propagating lies about the theft of the 2020 presidential election.

The false claims of electoral fraud have stoked anger — and unapologetic threats of violence — against public officials down to the local level.

On December 12, Peña responded to a tweet posted by current House Minority Leader Hakeem Jeffries, a Democrat, who wrote, “Violent insurrectionists and extreme MAGA republicans are melting down over repeated election losses. So they accuse Dems of undermining democracy. Get lost.”

“I disagree,” Peña tweeted. “New Mexico elections are absolutely rigged. And we will pursue justice.”

On January 2 and again on January 9, Peña reiterated his election denial and fraud claims, tweeting that he “will fight it until the day I die” and vowing “MAGA nation 4ever!”

Four shootings between December 4 and January 4

On December 4, shots were fired at Barboa’s home.

Barboa said she discovered evidence of the gunshots after returning from Christmas shopping.

“It was terrifying. My house had four shots through the front door and windows, where just hours before my grandbaby and I were playing in the living room,” Barboa said in a statement.

“Processing this attack continues to be incredibly heavy, especially knowing that other women and people of color elected officials, with children and grandbabies, were targeted.”

Barboa said she is grateful for an arrest in the case, she told “CNN This Morning” on Tuesday.

“I’m relieved to hear that people won’t be targeted in this way by him any longer,” she said.

On December 8, a shooting was reported at the home of Martinez.

“I deeply appreciate our Albuquerque Police Department for their hard work throughout the investigation into these shootings targeting elected officials. I am grateful a suspect is in custody, and I trust our justice system will hold those responsible accountable,” Martinez said in a statement.

“We have seen far too much political violence lately and all of these events are powerful reminders that stirring up fear, heightening tensions, and stoking hatred can have devastating consequences.”

O’Malley’s home was targeted on December 11.

“I am very relieved — and so is my family. I’m very appreciative of the work the police did,” O’Malley told CNN on Monday evening.

O’Malley and her husband were asleep when more than a dozen shots were fired at her home in Albuquerque on December 11, she said.

O’Malley called the police to say the adobe fencing at her home had been damaged by gunfire. While police were investigating, O’Malley mentioned Peña had come to her home a day or two before the incident complaining about the recent election results, the affidavit said.

Ring doorbell camera footage recorded at O’Malley’s previous residence and obtained by CNN showed Peña outside the door and knocking, holding documents in his hands.

The current resident spoke to him through the camera’s speaker feature, telling him O’Malley no longer lived at that residence and directing him to her new home.

On January 3, Lopez’s home was hit, according to police. At least eight shots were fired at the southwest Albuquerque residence. Police said Peña pulled the trigger on one of the firearms.

“Myself and my children were awakened by some loud noises. Initially, I thought they were fireworks,” Lopez told CNN affiliate KOAT. “It’s very scary. You know, as a mom, it’s something you never want to experience.”

Lopez told police she “heard loud bangs but dismissed them as fireworks at the time,” according to the arrest warrant affidavit for Peña.

Lopez’s daughter thought a spider was crawling on her face and sand was in her bed, the state senator told police. Officers found “sheetrock dust was blown onto Linda’s daughter’s face and bed resulting from firearm projectile(s) passing inside her bedroom overhead,” according to the affidavit.

Investigators found evidence “Peña himself went on this shooting and actually pulled the trigger on at least one of the firearms that was used,” Albuquerque police Deputy Cmdr. Kyle Hartsock said.

But an AR handgun he tried to use malfunctioned. More than a dozen rounds were fired by another shooter with a separate handgun, according to police.

Shell casings at Lopez’s home matched a handgun confiscated from a silver Nissan Maxima involved in a traffic stop about 40 minutes after the shooting and about 4 miles from the residence, police said.

The Maxima was registered to Peña, though Peña was not driving it when it was stopped, police said.

Peña’s opponent sued to remove him from ballot

During the fall campaign, Peña’s opponent, Democratic state Rep. Miguel Garcia, sued to have Peña removed from the ballot, arguing Peña’s status as an ex-felon should have prevented him from running for public office in the state, CNN affiliate KOAT reported.

Peña served nearly seven years in prison after a 2008 conviction for stealing a large volume of goods in a “smash and grab scheme,” the KOAT report said.

“You can’t hide from your own history,” Peña told the outlet in September. “I had nothing more than a desire to improve my lot in life.”

The Second Judicial District Court in Bernalillo County in September cleared Peña to run for office partly because the state constitution allows a felon to vote.

“In other words, our State Constitution provides that if a convicted felon is qualified to vote by satisfying any statutory requirements to be able to vote, that person is also qualified to hold public office,” court documents said.

Peña was arrested by Albuquerque police on Monday.

“It is believed he is the mastermind” behind the shootings, Albuquerque Police Chief Harold Medina told reporters, referring to the suspect.

“At the end of the day, this was about a right-wing radical, an election denier who was arrested today and someone who did the worst imaginable thing you can do when you have a political disagreement, which is turn that to violence,” said Keller, a Democrat. “We know we don’t always agree with our elected officials, but that should never, ever lead to violence.”

Police are still investigating whether those suspected of carrying out the shootings were “even aware of who these targets were or if they were just conducting shootings,” according to Hartsock.

Firearm evidence, surveillance video, cell phone and electronic records and witnesses in and around the conspiracy aided the investigation and helped officials connect five people to the alleged conspiracy, Hartsock said.

“After the election in November, Solomon Peña reached out and contracted someone for an amount of cash money to commit at least two of these shootings. The addresses of the shootings were communicated over phone,” Hartsock said Monday, citing the investigation. “Within hours, in one case, the shooting took place at the lawmaker’s home.”

Detectives served search warrants Monday at Peña’s apartment and the home of two men allegedly paid by Peña, according to police.

“Solomon provided firearms and cash payments and personally participated in at least one shooting,” the arrest affidavit said. “Solomon intended to (cause) serious injury or cause death to occupants inside their homes.”

Officers arrested Peña on suspicion of “helping orchestrate and participate in these four shootings, either at his request or he conducted them personally, himself,” Hartsock added.

Peña is being held on preliminary charges of felon in possession of a firearm; attempted aggravated battery with a deadly weapon; criminal solicitation; and four counts each of shooting at an occupied dwelling, shooting at or from a motor vehicle, and conspiracy, according to a warrant.

Charges are expected to be filed against the other men who participated in the shootings, police said.

One conspirator initially instructed shooters “to aim above the windows to avoid striking anyone inside,” the affidavit said, citing a confidential witness with knowledge of the alleged conspiracy.

But Peña eventually wanted the shooters to be “more aggressive,” according to the affidavit, citing the confidential witness.

Peña “wanted them to aim lower and shoot around 8 p.m. because occupants would more likely not be laying down,” said the affidavit, citing the confidential witness.