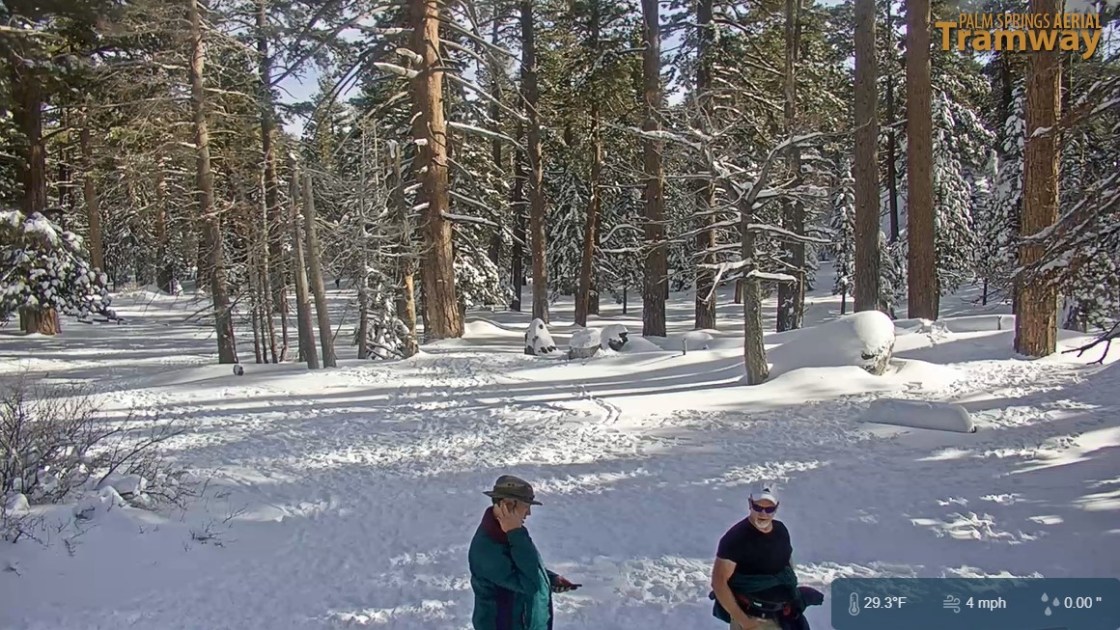 The issue first surfaced Sunday morning, when a power outage delayed the tram’s opening until 11 a.m., according to a statement from the tramway. By around 3:40 p.m. Sunday, tramway officials announced that operations were being halted for the day due to technical issues.

Tram cars transported guests back to the ground Sunday, but due to the continuing technical issues, the tramway remained closed all day Monday and Tuesday.

“We believe the issues were caused by power surges from the storm,” the tramway’s maintenance vice president, Joe Rose, said in a statement. “We have since remedied the issue and have run multiple tests to make sure everything is operating as usual.”

By Wednesday morning, tramway officials announced that the tram cars would operate as usual — the first tram car went up at 10 a.m. and the last one is expected to return at 8 p.m.

“We thank our patrons for their understanding during the past several days of non-operation,” tramway officials said in a statement.