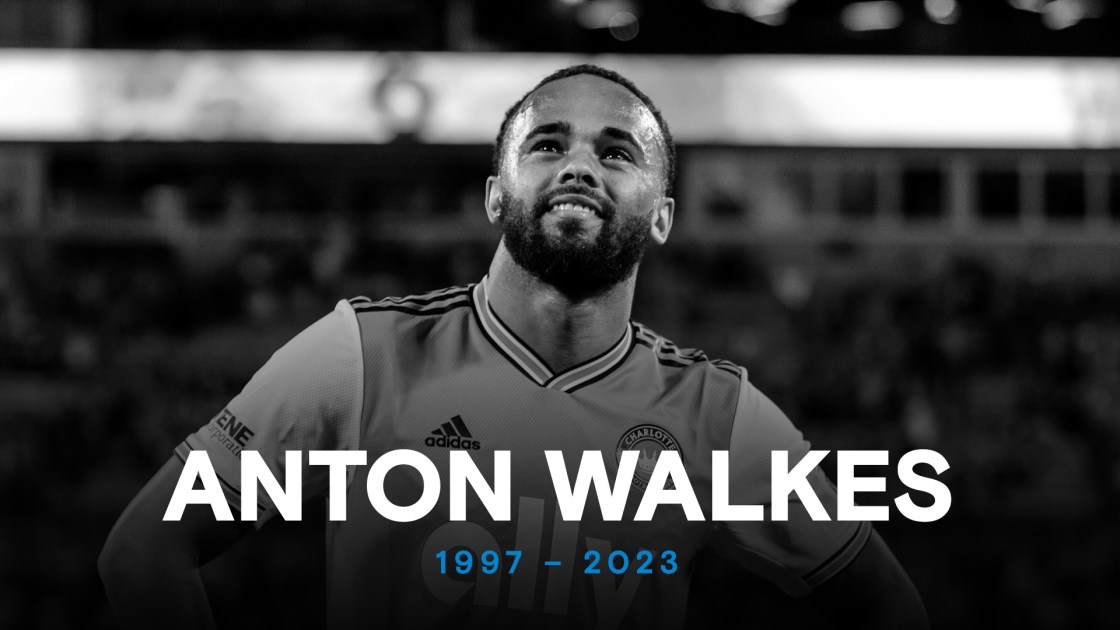 “He will be greatly missed by many and our thoughts and prayers are with Anton’s family during this heartbreaking time,” Tepper added. “The Club offers its full support to all those impacted during this period of mourning.”

Walkes came through the youth ranks of Premier League club Tottenham Hotspur, before going on to play for Portsmouth and Atlanta United.

Walkes moved to the United States to join Atlanta on loan in 2017, the team’s first MLS season, and then joined the club permanently in 2020 after another spell at Portsmouth.

Walkes then joined Charlotte FC for the 2022 MLS season.

“We are heartbroken to learn of the tragic passing of Anton Walkes,” his former club Atlanta said in a statement. “An inaugural member of Atlanta United, Anton was the epitome of a great teammate with a personality that lit up every room he entered.

Statement below on behalf of Atlanta United on the passing of Anton Walkes. pic.twitter.com/JcuBxeAXfB

“He will be deeply missed by all of those who knew him. On behalf of everyone at Atlanta United, we send our deepest condolences to Anton’s family, friends and Charlotte FC.”

Zoran Krneta, the Charlotte FC sporting director, said the club is “heartbroken” at the loss of “a truly incredible father, loving person, and outstanding human being.”

“Anton embodied what it means to be a part of Charlotte Football Club and our entire community is grieving over this tragedy,” Krneta added.

“The impact he made in the locker room and throughout Charlotte will never be forgotten. We are thinking of his lovely family during this time and will support them fully in every way imaginable.”