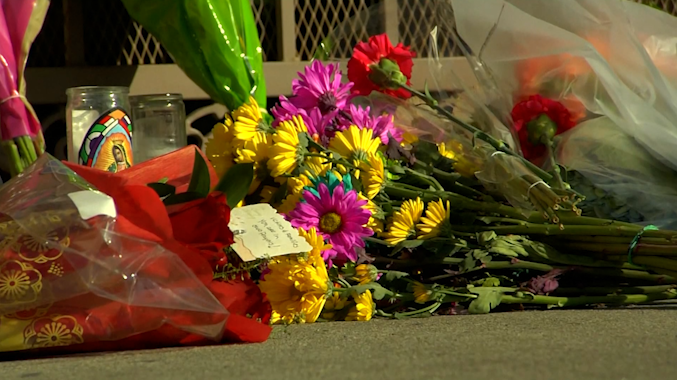 “I was here the whole day,” Governor Gavin Newsom shared. “I can’t do those again. I can’t keep doing the same thing over and over again. I mean, it’s insane.”

Another mass shooting, this time in Southern California.

The 5th mass shooting in the nation this year.

What started as a night of celebration turned into a nightmare.

Saturday night, dozens of people gathered in the San Gabriel Valley community of Monterey Park to celebrate the Lunar New Year when gunfire rang out.

A gunman opened fire inside Star Dance Studio and ultimately took the lives of 11 people and left another 10 wounded.

20 minutes after the initial mass shooting, the gunman went to another dance studio, but there, he was stopped.

“At one point, I was able to pull the gun away from him, shove him aside, create some distance, point the gun at him, intimidate him, shout at him and say, ‘Get the hell out of here. I’ll shoot. Get away. Go,” Brandon Tsay recalled when he disarmed the suspect.

“There’s not a country in the world that doesn’t experience behavioral health issues, not unique to the United States,” Governor Newsom said. “What’s unique is these large capacity magazine clips. That can take down every single one of you in a matter of seconds. These are just weapons of pure mass destruction and the fact that that is not being addressed in this country is comical. It’s disgraceful.”

The heavy emotions of the Monterey Park mass shooting are being felt here in the Coachella Valley where a Lunar Festival is scheduled at The River next month.

Organizers are approaching this gathering with caution.

But continuing to celebrate this holiday is key.

“We need to reunite together, we need to understand each other better and we need to learn to remove all the barriers we have,” Luan continued. “We are an API community group that has good people. We are a strong nation as Americans so we need to be together.”

The motive for this shooting remains unclear.

A fundraiser organized for the victims and their families has already received nearly $200,000.

If you’d like to contribute, a link to that page is here.