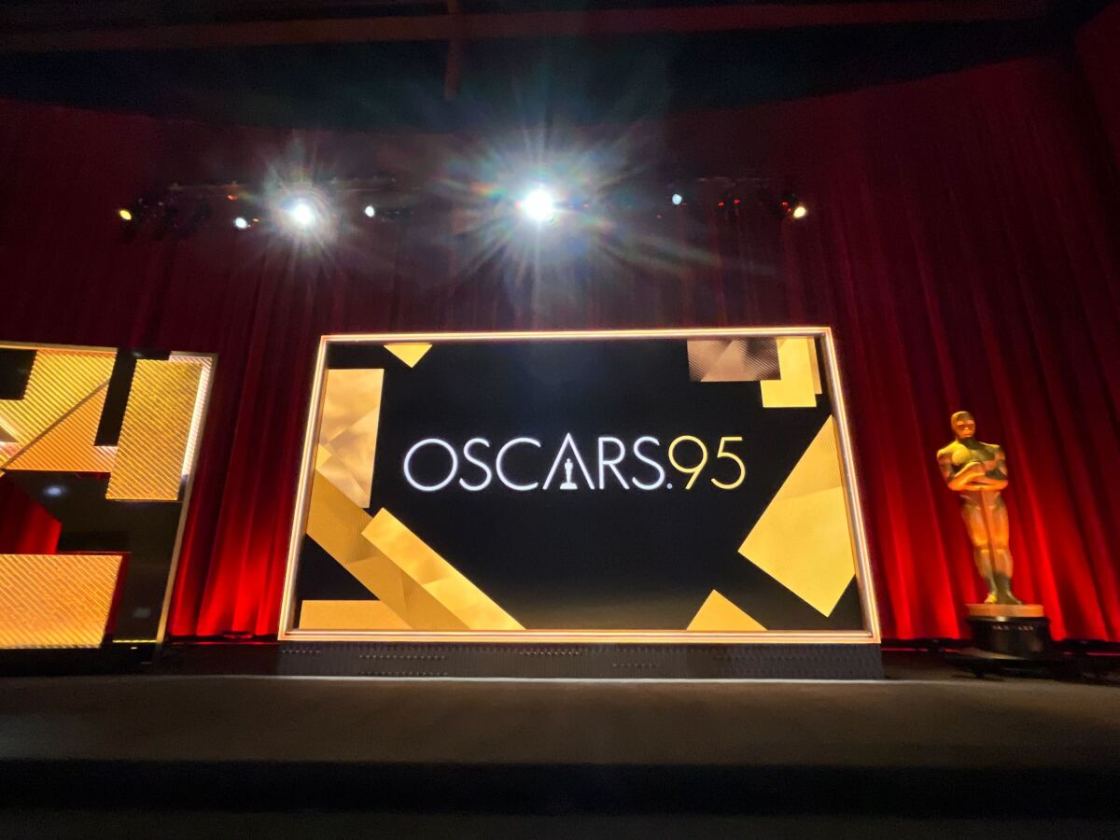 The nominations for the 95th Academy Awards were handed out this morning with Riz Ahmed and Allison Williams doing the honors.  “Everything Everywhere All At Once” led the pack with 11 nominations followed by “The Banshees of Inisherin” with nine nods.  The biggest surprise is the outstanding performance of “All Quite on the Western Front” with eight nominations including Best Picture.

But as in any other year, there were some snubs and a few surprises!  You can see the full list of nominees below but first, the snubs.

Danielle Deadwyler – “Till” is a powerful movie spearheaded with an equally powerful performance by Danielle Deadwyler as a grieving mom who turned sadness into triumph.  Her understated acting speaks volumes but alas, the Academy did not listen.

Dolly De Leon – The first Filipina to get Golden Globes and BAFTA nominations was ignored.  De Leon, in my humble opinion, was the best thing in “Triangle of Sadness” but surprisingly, the film received a Best Picture nod with Ruben Ostlund getting a Best Director nomination.

Margot Robbie – The best part of “Babylon” is watching Margot Robbie.  Too bad the Academy didn’t think so.

“Babylon” – speaking of “Babylon,” the film, an ode to the good old days of Hollywood was largely ignored.  And this from Damien Chazelle of “La La Land.”

Taylor Swift – Where’s the love for Taylor and her song “Carolina” from “Where the Crawdads Sing?”

Olivia Coleman – Proves that past winners don’t necessarily mean this year’s favorites.  She was good in “Empire of Light” but the film was just so-so.

Viola Davis – No love for Viola Davis or for her film “The Woman King” or for director Gina Maria Prince-Bythewood.

Women Directors – Speaking of women directors, where art thou?  Sarah Polley’s “Women Talking” received a Best Picture nomination but not for directing.  What about Charlotte Wells for the fantastic “Aftersun?”  To paraphrase Natalie Portman at the 2018 Oscars, there are only male nominees!

Paul Dano – Poor, poor Paul Dano.  What should he do to get some Academy love?  He was ignored in Oscar-winner “There Will Be Blood” and now with “The Fabelmans,” it should have been his entry to get at least a nomination but no.  Try again next year?

Stephanie Hsu – “Everything Everywhere All At Once” proved to be the one to beat and I’m so happy that Stephanie Hsu, who played the daughter in the film (really the crux of the movie), got some Oscar love!

Andrea Riseborough – Her performance as a lottery winner who falls from grace for “To Leslie” is truly deserving.  It’s a labor of love for the actress!

Ana de Armas – “Blonde” was a disappointment but Ana de Armas poured her heart and soul and lots of bleach to her hair to play Marilyn Monroe and she delivered…all the way to Oscar nomination glory.

“All Quite on the Western Front’ — Netflix may be very happy that this wonderful film, based on the 1929 novel of the same name received eight nominations including Best Picture.

John Williams — John Williams becomes the oldest person to ever be nominated for an Oscar.  At 90 years old, the beloved composer received his 53rd nomination for “The Fabelmans” making him the only living person with the most nominations (Walt Disney had more noms though with 59 so Williams has a few more years..please?).  But wait, there’s more!  The film composer is the ONLY person to ever be nominated in seven different decades.  Wow!

Following him in the oldest category is Judd Hirsch and his wonderful cameo in “The Fabelmans.”  Yes it’s a cameo, a glorified cameo, a cameo that’s loved!  And remembered!  Hirsch is 87 years of age.

By the way, did you know that Hirsch’s last nominated role was “Ordinary People” in 1981?  It took him 42 years to get his second nomination breaking the record set by Henry Fonda who was nominated in 1941 for “The Grapes of Wrath” and then in 1982 for “On Golden Pond” for which he won the Oscar.

Winners for the 95th Academy Awards will be announced on March 12th with Jimmy Kimmel returning to host for the third time.

Here are the complete Oscar 2023 nominees:

All Quiet on the Western Front
Avatar: The Way of Water
The Banshees of Inisherin
Elvis
Everything Everywhere All at Once
The Fabelmans
TÁR
Top Gun: Maverick
Triangle of Sadness
Women Talking

Martin McDonagh, The Banshees of Inisherin
The Daniels, Everything Everywhere All at Once
Steven Spielberg, The Fabelmans
Todd Field, TÁR
Ruben Östlund, Triangle of Sadness

All Quiet on the Western Front
Argentina, 1985
Close
Eo
The Quiet Girl

The Banshees of Inisherin
Elvis
Everything Everywhere All at Once
TÁR
Top Gun: Maverick

All Quiet on the Western Front
Bardo, False Chronicle and a Handful of Truths
Elvis
Empire of Light
TÁR

Babylon
Black Panther: Wakanda Forever
Elvis
Everything Everywhere All at Once
Mrs. Harris Goes to Paris

All Quiet on the Western Front
The Batman
Black Panther: Wakanda Forever
Elvis
The Whale

All Quiet on the Western Front
Avatar: The Way of Water
Babylon
Elvis
The Fabelmans

“Applause” from “Tell It Like a Woman”
“Hold My Hand” from “Top Gun: Maverick”
“Lift Me Up” from “Black Panther: Wakanda Forever”
“Naatu Naatu” from “RRR”
“This is a Life” from “Everything Everywhere All At Once”

All Quiet on the Western Front
Avatar: The Way of Water
The Batman
Elvis
Top Gun: Maverick

All Quiet on the Western Front
Avatar: The Way of Water
The Batman
Black Panther: Wakanda Forever
Top Gun: Maverick

The Boy, the Mole, the Fox, and the Horse
The Flying Sailor
Ice Merchants
My Year of Dicks
An Ostrich Told Me the World Is Fake, and I Think I Believe It

The Elephant Whisperers
Haulout
How Do You Measure a Year?
The Martha Mitchell Effect
Stranger at the Gate