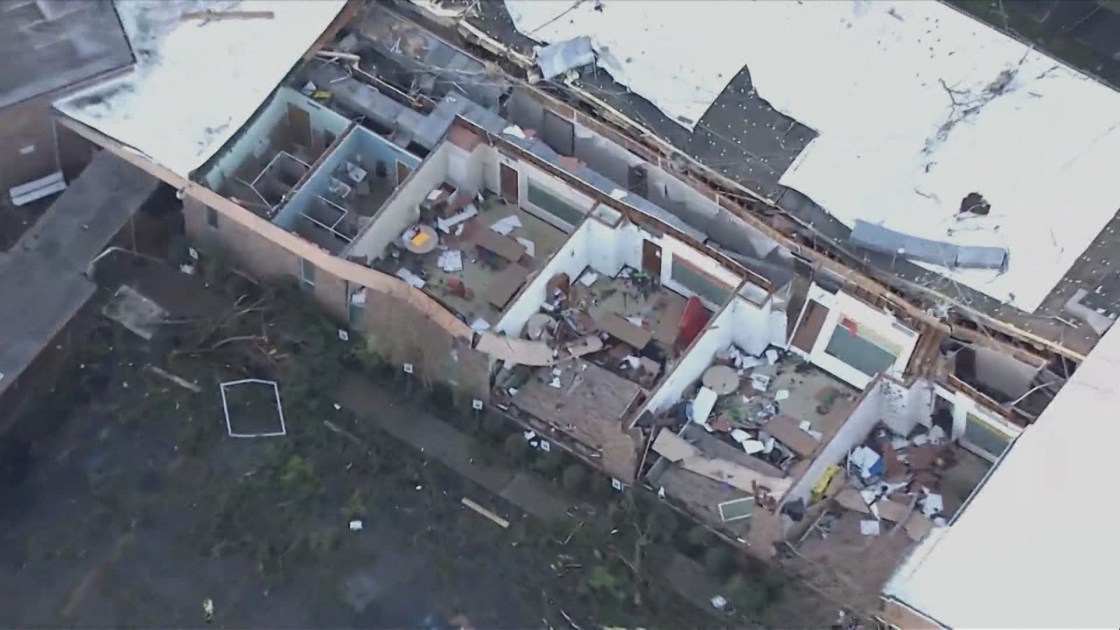 (CNN) — Emergency responders in the Houston area say they are responding to reports of damage and stranded motorists after a possible tornado moved through the area Tuesday.

Structural damage from a tornado in Pasadena, about 15 miles southeast of Houston, is “catastrophic,” according to the local police chief.

“In my 25 years here, this is probably the worst damage I’ve seen,” Chief Josh Bruegger told reporters outside a damaged animal shelter in the city, where two dogs were injured.

Only one person had been reported injured so far in the city, Mayor Jeff Wagner said, but “we’ve seen plenty of damage. We’ve seen buildings that have collapsed.”

The police chief said cleanup will require extensive work. “For the coming days, we’re going to have our hands full,” he said.

The Harris County Sheriff’s Department was “responding to a high number of stranded motorists,” Tuesday afternoon, Sheriff Ed Gonzalez tweeted. The department had prepared its high-water rescue vehicles ahead of the storm, he said.

There were reports of “several commercial trucks overturned” near Beltway 8, the beltway around the city of Houston, the Pasadena Police Department tweeted, and some power lines were reported to be down.

“Our officers and Fire Department are working towards assisting those people with who were immediately affected,” the department tweeted.

More than 113,000 electric customers were without power in Texas Tuesday afternoon, according to PowerOutage.us.

In Deer Park, just to the northeast of Pasadena, a nursing home sustained structural damage, and about 59 residents were being evacuated, Deer Park Mayor Jerry Mouton told CNN.

An ambulance bus that was capable of carrying up to two dozen patients was dispatched to the scene as a precaution, according to Jerry Dilliard with the Atascocita Fire Department, but there were no immediate reports of injuries.

A tornado emergency was declared earlier Tuesday for the southeastern metro area of Houston where “a confirmed large and destructive tornado was observed over northwestern Pasadena, moving northeast at 60 mph,” according to the National Weather Service in Houston.

Other locations in the path of this tornado included Deer Park, Baytown, Highlands and Channelview, according to the weather service.